A man is shot after he tossed a dagger at a Detroit officer and injured him, police say 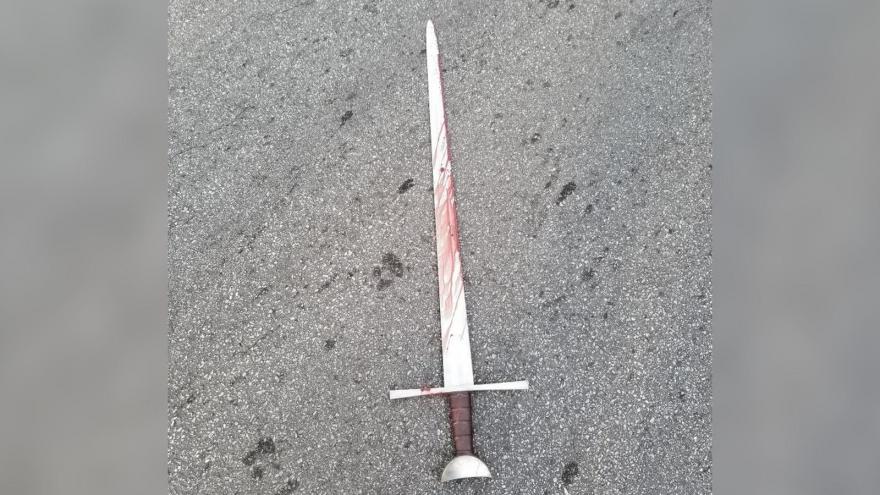 A Detroit Police officer was injured with a dagger during an officer-involved shooting.

(CNN) -- Detroit police shot a man who was allegedly swinging a sword in the middle of an intersection. When police asked him to stop, he tossed a dagger that left an officer injured, then entered a police patrol vehicle, authorities said.

The incident started Thursday night when officers noticed the man waving a 32-inch sword while they were headed to an unrelated call for service, Detroit Police Chief James Craig said.

As soon as the officers got out of their marked police vehicle, the suspect ran in their direction waving the sword, he said.

Officers asked him several times to drop the weapon, but he refused and continued to advance toward them, Craig said. At one point, one of the officers deployed his Taser, but it didn't take effect because the suspect had protective covering over his torso -- similar to what hockey players wear, according to the police chief.

At a certain point, the suspect took out an eight-inch dagger from the back of his pants and threw it in the direction of the officers, striking one directly below the right eye. He suffered a laceration and was transported to a local hospital, the police chief said.

Officers asked the man to drop his weapons and one officer deployed one round from his weapon and hit the suspect, who continued to chase the officers, authorities said.

The suspect gained entry into the driver's side of the police vehicle and a man who thought the suspect was trying to get access to weapons pinned the suspect inside the car using his own vehicle.

"It was a very risky situation. He saw our officers were in danger. He wanted to assist," Craig said of the man.

It's unclear what took place after that, Craig said. The suspect succumbed to his injuries and the incident is under investigation.