A man shot eight people after he was denied entry into a bar in San Antonio, police say 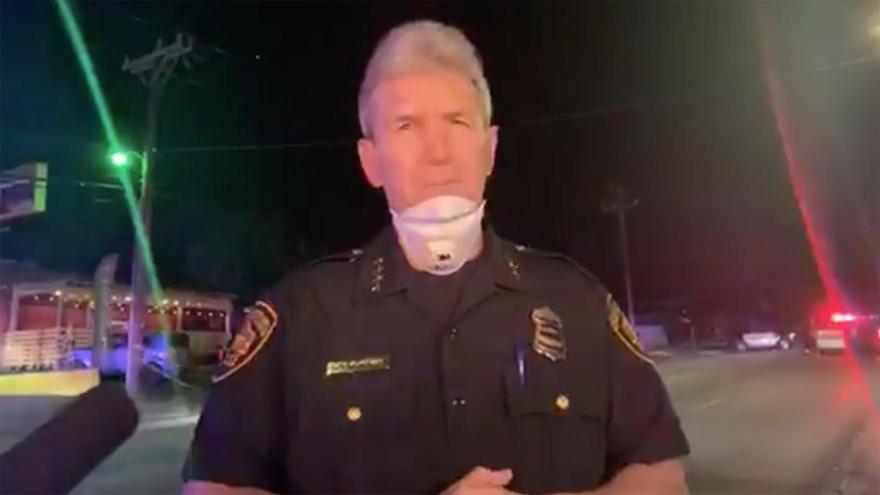 (CNN) -- Police are searching for a shooter who opened fire after he was denied entry into a bar in San Antonio, wounding eight people, authorities said.

The five women and three men injured are ages 23 to 41, and are in stable condition, said San Antonio Police Chief William McManus. There were no fatalities.

The Friday night incident started when a group that included the shooter was denied entry into a bar because they were intoxicated, the police chief said.

The shooter said, "'don't you know who I am? I'm a UFC fighter from California,'" according to McManus. He said the suspect went back to his car, grabbed "a long rifle" then walked back across the street and opened fire outside the bar.

"He hit eight individuals," the police chief said. "All transported themselves to local hospitals."

Investigators are reviewing surveillance footage to identify the suspect and get more details on what happened.