A man suffered serious injuries after being attacked by a tiger at a Florida zoo. The tiger was shot and killed 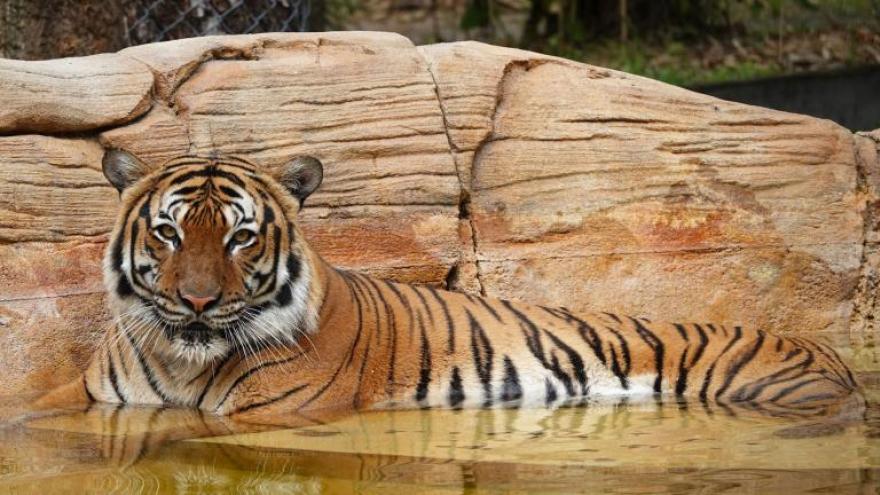 A critically endangered tiger named Eko was shot and killed by a sheriff's deputy on December 29 after a man was attacked by the animal at a zoo in Naples, Florida, officials said.

(CNN) -- A critically endangered tiger was shot and killed by a sheriff's deputy Wednesday after a man was attacked by the animal at a zoo in Naples, Florida, officials said.

The man, who is in his 20s, was seriously injured when he entered an unauthorized area of the tiger enclosure at the Naples Zoo at Caribbean Gardens and began either petting or feeding the tiger, the Collier County Sheriff's Office said in a Facebook post.

The attack happened after the zoo had closed for the day. The man was part of a third-party cleaning service contracted by the zoo to clean restrooms and the gift shop, not the animal enclosure, the sheriff's office noted.

The tiger grabbed the man's arm and pulled it into the enclosure after he crossed "an initial fence barrier and put his arm through the fencing of the tiger enclosure," the sheriff's office statement said.

The first deputy to respond to the scene kicked the enclosure and attempted to get the tiger to release the man's arm, but the deputy "was forced to shoot the tiger," the sheriff's office said.

The man, who was not named by authorities, was transported to an area hospital.

The tiger, named Eko, died, a zoo official told CNN. Eko was 8-years-old and arrived at the Naples Zoo in December 2019, the official said. The zoo did not provide further details on the incident.

Eko was a Malayan tiger, which are typically found on the Malay Peninsula and in the southern tip of Thailand, according to the zoo's website.