A man using a prosthetic mask stole more than $100,000 at casinos, prosecutors say 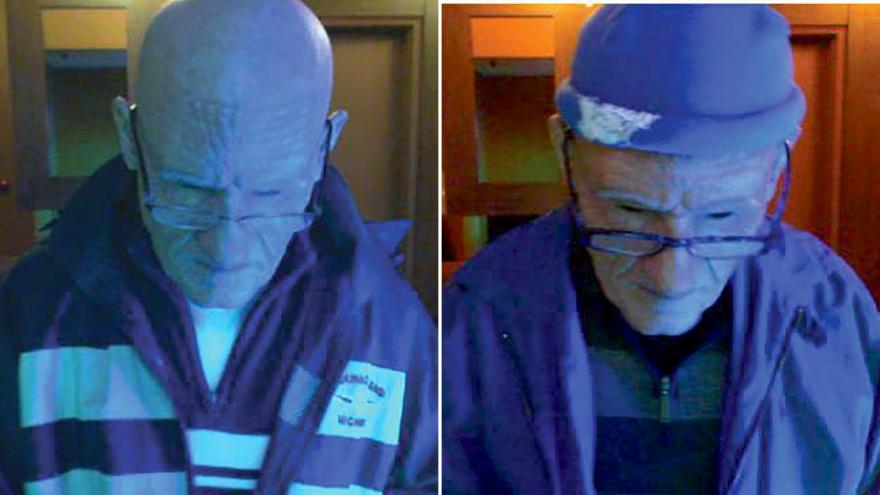 (CNN) -- A prosthetic mask, counterfeit driver's licenses, and personal information obtained on the internet. That's how federal authorities say a Michigan man allegedly managed to steal more than $100,000 from casino patrons in Michigan and Kansas.

John Colletti even went as far as disguising himself as an elderly man to evade suspicion, federal prosecutors say.

Colletti, 55, allegedly targeted his victims by illegally obtaining their personal information and then using counterfeit driver's licenses to withdraw funds from their personal bank accounts via self-service kiosks at the casinos, according to a federal criminal complaint unsealed in federal court in Michigan Thursday.

The kiosks, operated by Global Payments Gaming Services, are used by the casino industry for bill-breaking, jackpot processing, cash withdrawals, cash advances, and ticket exchanges, among other services, according to the complaint.

The kiosks require users to insert their driver's license and the last four digits of both their Social Security number and phone number before checking account funds can be withdrawn. Each victim had previously enrolled to have their bank accounts linked to their profile in Global Payments' "VIP Preferred Program," the complaint said.

"We initially identified this fraudulent activity and immediately alerted our customer and law enforcement. Throughout the investigation, we provided support and cooperation that ultimately led to the apprehension of this suspect," said Global Payments spokeswoman Emily Edmonds in a statement to CNN.

Colletti faces charges of wire fraud, aggravated identity theft, and fraud and related activity in connection with access devices, according to the complaint. Currently in the custody of US Marshals in Kansas, he has a detention hearing set for July 30, according to court documents filed in Kansas.

A spokesman for the US Attorney's Office in the Eastern District of Michigan declined to comment further, though noted that they have requested that Colletti be transferred to face the charges in Michigan.

The attorney representing Colletti in pretrial proceedings in Topeka, Kansas, declined to comment.

The investigation began when casino security at the MGM Grand Casino identified at least 10 victims of identity theft that lost a total of approximately $98,840 between April 26 and May 27, 2019, according in the complaint.

The incidents were reported to the Michigan State Police, who opened an investigation and identified a suspect based on surveillance video, the complaint says.

In each instance, surveillance footage shows a person using a full prosthetic face mask to resemble an elderly White man, according to the complaint.

MGM Grand Detroit could not immediately be reached for comment.

A costume change and unsuccessful escape

Nearly a year later, the Prairie Band Potawatomi Tribal Police arrested Colletti on March 12 for identity theft at the Prairie Band Casino and Resort in Mayetta, Kansas, according to the complaint.

Casino employees had observed, via surveillance video, an individual disguised as an elderly man "wearing a straw hat, glasses, and using a mobility walker," withdraw roughly $20,000 from kiosks, according to the complaint.

Casino security approached the man, later identified as Colletti, and asked him for his social security number because he had withdrawn such a large amount of cash, the complaint said. "Colletti immediately went to the restroom, where he removed his disguise. Colletti then exited the casino with a noticeable bulge down the front of his pants, believed to be the prosthetic face mask," the complaint stated.

In the restroom, police found clothes, a mobility walker, a Nissan car key, two Michigan driver's licenses, and approximately $11,000 in cash, according to the complaint.

On the back of the driver's licenses were sticky notes with the victims' Social Security number and telephone number, which were needed to complete the kiosk transactions, the complaint said.

Tribal police later searched Colleti's rental car and found four prosthetic face masks, flash drives, "books on how to get away with committing crime," identification cards and various kiosk receipts, according to the complaint. Police found the prosthetic mask the next day near the casino, the complaint said.

When investigators examined the flash drives, they discovered "background checks on various individuals, tutorials and manuals on how to counterfeit money and commit various other financial crimes, videos of GPKs inside the MGM Grand Casino Detroit, handwritten signatures, and excel spreadsheets with over one thousand names," the complaint said.

According to the FBI, Global Payment investigators noticed the similarities between the identity theft investigation in Michigan and the transactions at the tribal casino.

Tribal police contacted investigators in Michigan, who confirmed that Colletti's photo matched the unidentified subject in the MGM Grand Casino identity theft investigation, according to the complaint.