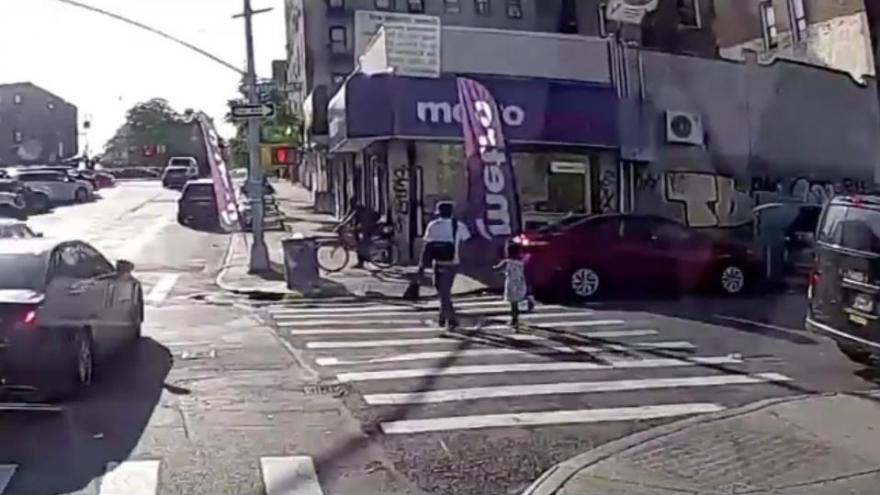 On Sunday, July 5th, police officers from the 44th Precinct responded to a 911 call for a male shot at Sheridan Avenue and East 170th Street.

(CNN) -- A man was shot dead while walking and holding his 6-year-old daughter's hand in the Bronx, police said.

The New York Police Department (NYPD) on Monday released surveillance footage of the shooting, which occurred on July 5, on Twitter.

The video shows a man, identified by police as 29-year-old Anthony Robinson, crossing the street hand-in-hand with a young girl identified as his daughter, when a black car pulled up next to the pair.

As Robinson paused to speak to his daughter, the footage shows a person in the vehicle stuck a gun out of the window and shot Robinson, who immediately crumpled to the ground. His daughter can then be seen running away.

Robinson, who was shot in the chest multiple times, was transported to the BronxCare Health System where he was pronounced dead, an NYPD spokesperson told CNN. No arrests have been made and the investigation remains ongoing.

Anyone with information regarding the incident is encouraged to call Crime Stoppers at 1-800-577-TIPS.

Mayor Bill de Blasio said the NYPD is dispatching hundreds more officers in cars and on foot onto the streets this summer to deal with gun violence.