A month after getting shot in the face, the grandmother of the Uvalde school shooter is released from a hospital 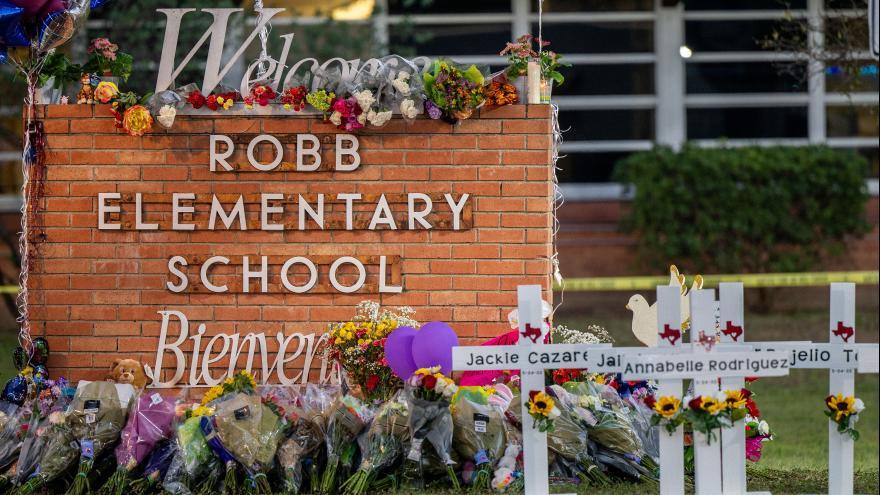 A grandmother who was shot by her grandson before he killed 21 people at a Texas elementary school has been released from a hospital.

(CNN) -- A grandmother who was shot by her grandson before he killed 21 people at a Texas elementary school has been released from a hospital.

University Health in San Antonio said a 66-year-old patient injured the day of the May 24 shooting at Robb Elementary School in Uvalde has been released.

The only remaining patient from the shooting, a 10-year-old girl, has been upgraded to good condition, the hospital system tweeted Tuesday.

As CNN has previously reported, the 66-year-old woman is the grandmother of the shooter, 18-year-old Salvador Ramos.

The grandmother's husband, Rolando Reyes, said his wife was shot in the face at their home. The shooting happened before her grandson drove to nearby Robb Elementary and killed 19 children and two teachers, authorities said.

A bullet pierced the jaw and upper cheek of his wife, Reyes told CNN last month, and she would need significant reconstructive surgery at a hospital in San Antonio.