A mother has killed her 3 children in Phoenix, police say 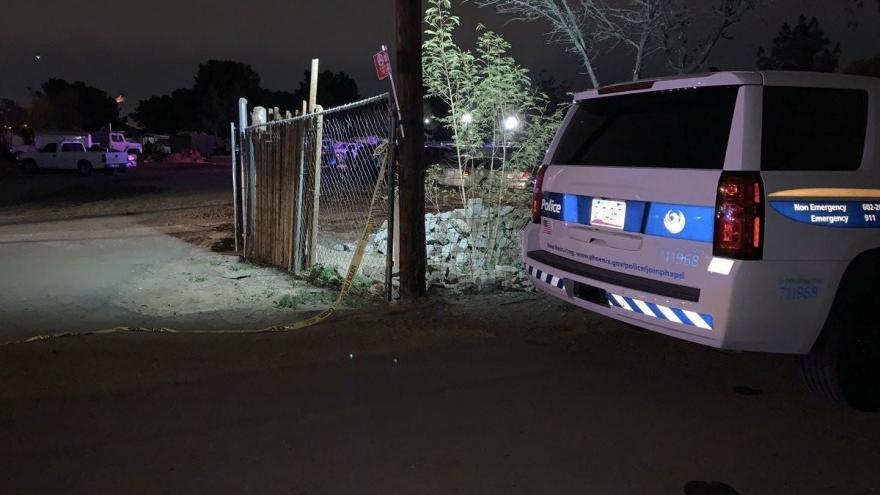 Police found three children dead at a home in Phoenix on Monday evening after someone called 911.

(CNN) -- A woman has been arrested in Phoenix on suspicion of killing her three children -- her infant daughter, her 2-year-old daughter and her 3-year-old son -- police said Tuesday.

"The ... mother has admitted to harming her three children," leading to their deaths, Fortune said.

Henry, a 22-year-old who recently moved to Arizona from Oklahoma, is being held on three counts of first-degree murder, Fortune said.

Fortune did not say how the children died, or how Henry allegedly harmed them.

Police have said there were no obvious signs of trauma, and that a medical examiner will determine the causes of death.

In her first court appearance Tuesday night, a judge ordered Henry to be held on a $3 million bond, and ordered that an attorney be appointed for her by the state.

Appearing by videoconference from the jail, Henry said little except to express concern about the bond amount.

3 adults at the home when officers arrived, police say

The prosecuting attorney said Henry has only lived in Arizona since last June and appears to have few ties to the community.

Henry is scheduled to be back in court in next Tuesday.

When officers arrived after 7:30 p.m. Monday at the home near 24th Street and Vineyard Road, Henry, as well as the children's father and another relative, were there, police said.

The 911 call came from the home, said Fortune, adding she didn't know who made the call.