A New Hampshire explosion was triggered by a gender reveal party, police say 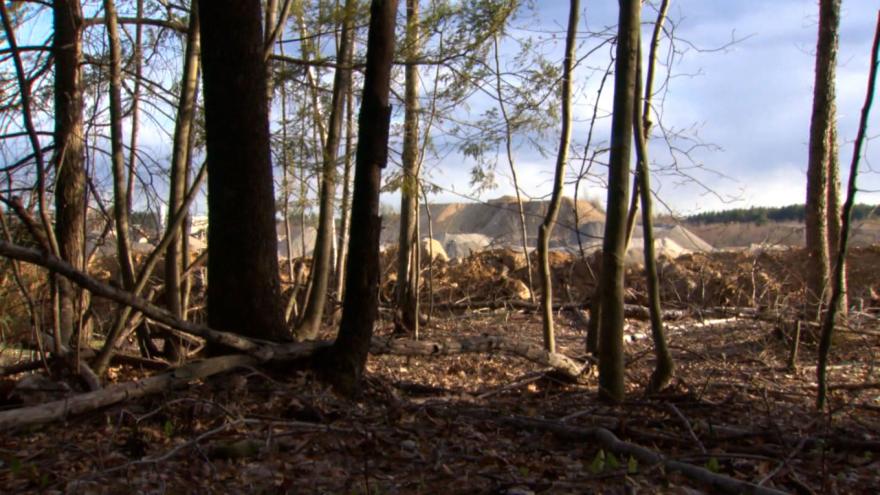 A gender reveal party in a New Hampshire quarry triggered an explosion that shook nearby homes. Credit: WBZ
By Connor Spielmaker and Scottie Andrew, CNN

(CNN) -- Another gender reveal party turned dangerous, this time in New Hampshire, with an explosion that shook nearby homes.

The partygoers detonated around 80 pounds of explosives, Kingston police said in a statement. They used an explosive called Tannerite, a target used for firearms practice that also comes in a gender-reveal variety.

After Kingston police arrived Tuesday, they said, the partygoers admitted the explosion had been part of a gender reveal party and later told a detective that they'd chosen the quarry because they felt it was a "safe location" to detonate the explosives.

But the detonation triggered tremors that some neighbors who lived near the quarry believed came from an earthquake. One woman told CNN affiliate WBZ the explosion caused cracks in her home's foundation.

Another neighbor called the explosion "absolutely over the top, ridiculous."

"I'm not upset because I have chalk or confetti blown in my way," Sara Taglieri told CNN affiliate WBZ. "I mean, it was an explosion that rocked my house, my neighbors, my community and my town."

The Tannerite gender reveal target contains 1 pound of the explosive material combined with a blue or pink powder, according to its website. Tannerite falls under the same federal laws "as black powder and all other explosives that are exempt for sporting purposes from the federal regulations of commercial explosives in their unmixed form," per its site.

The person who purchased -- and detonated -- the explosives turned himself in, according to Kingston police. Officials are still determining "what charges will be forthcoming."

Based on the color powder released in the explosion, the partygoers will soon celebrate the birth of a boy.

Kingston police didn't report any injuries from the explosion. Other gender reveal parties that have triggered explosions have caused significant harm: In February, a soon-to-be-father in New York died after a device exploded. That same month, a Michigan man was killed when a "celebratory cannon" exploded. And the El Dorado Fire in Southern California, a sprawling wildfire that scorched more than 10,500 acres in 2020, was caused by a pyrotechnic device used during a gender reveal party, fire officials said at the time.