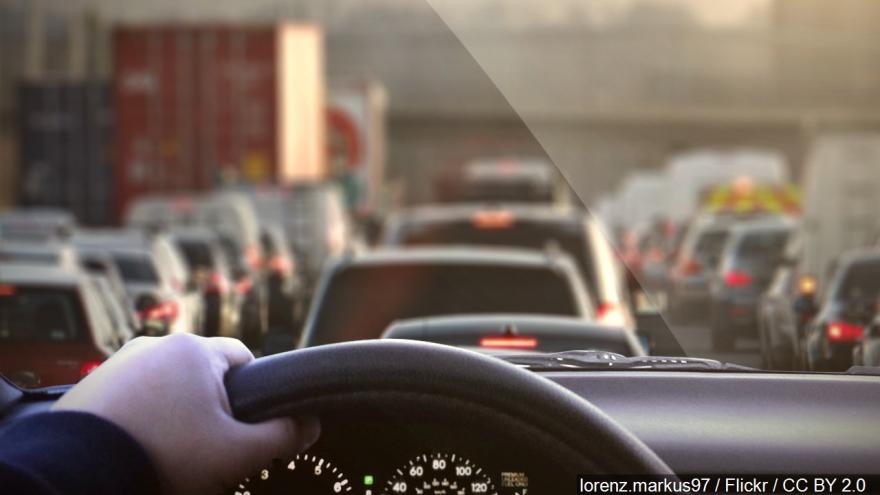 (CNN) -- A New Jersey suburb is getting tired of out-of-towners using navigation apps that send them through its narrow side streets on their way to and from the George Washington Bridge.

Its solution? Hitting nonresidents with a $200 fine during rush hour.

The borough of Leonia, just west of New York City, says it plans to prohibit outsiders from using 60 public roads between 6 a.m. and 10 a.m. and between 4 p.m. and 9 p.m., beginning January 22.

Leonia's police department plans to distribute yellow tags for residents to hang in their cars and employee/visitor tags for motorists who have a viable reason for driving through the town regularly.

"The whole idea is to keep the vehicles on the major highways where the traffic belongs. We are doing this to keep our residents safe," said Thomas Rowe, Leonia's police chief. "It's certainly extreme. And I've told everybody the traffic is extreme."

Rowe blames mobile apps like Waze for suggesting short cuts through narrow Leonia roads that cause bottleneck backups. He said it can take some residents over an hour just to get out of their own driveway when roads are congested, especially if there is an accident on the George Washington Bridge or on Interstate 95, which flanks Leonia.

For a police force of 18, patrolling 60 roads and keeping up with tag distribution for new residents and approved visitors will be a tall order.

"Would I prefer not to do this? Of course," said Lowe. "This is a major lift for us. We're a small department in a small town but in a very busy area."

Leonia is not an anomaly, since many small towns in close proximity to busy highways face similar issues. And other towns also have blamed navigation apps for flooding their streets with traffic.

Borough officials claim that closing roads to nonresidents is legal and falls within the Leonia Police Department's jurisdiction.

But many locals are pushing back, especially since Leonia shares a school system with the neighboring town of Edgewater. Parents are up in arms about having to scrap their daily routes to and from Leonia's schools for a longer journey. Employees are in the same bind.

Rowe dismisses their concerns, arguing that there are still plenty of unrestricted roads.

Leonia's proposal also is being criticized by the American Civil Liberties Union (ACLU).

"We're concerned about the enormous power that it gives to law enforcement," said Jeanne LoCicero, deputy legal director of the ACLU-NJ.

"These rules allow the police to stop people who are traveling safely down public streets. It discriminates against people based on their residency and it could have a potential impact for undocumented immigrants."

A 2015 report by the ACLU found that in New Jersey, minorities are much more likely to be arrested than whites for low-level offenses, including loitering, disorderly conduct and traffic violations.

Rowe insists the only motive behind Leonia's traffic plan is to thin congestion on secondary streets -- not to profile certain types of motorists.

"We're not using it to stop vehicles or to search vehicles," he said. "We're not putting anybody in jail."