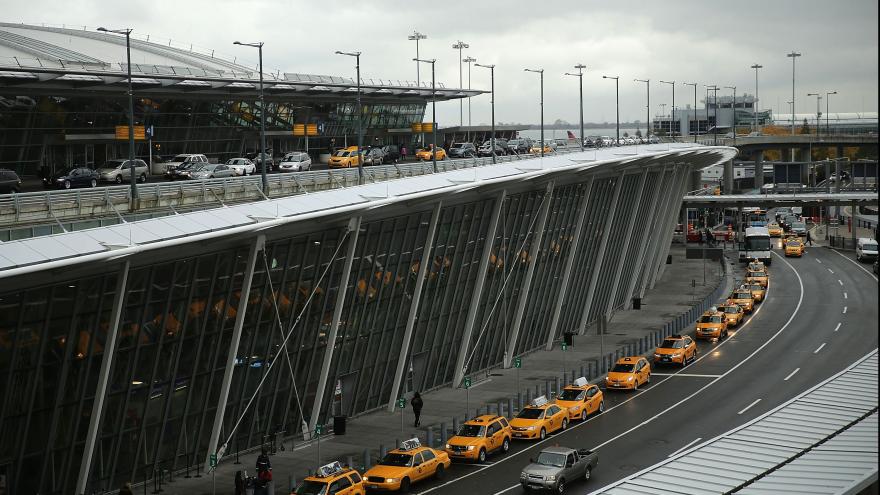 (CNN) -- A New York man who planned to join the Taliban in Afghanistan and kill American forces was arrested at the JFK Airport on Friday, federal officials said.

Delowar Mohammed Hossain, 33, of the Bronx, is charged with attempting to provide material support for acts of terrorism, the US Attorney's Office for the Southern District of New York said in a statement.

A criminal complaint alleges that in recorded conversations with a confidential informant, he said he wanted to join the terror group and fight American forces, said Michael McGarrity, the FBI assistant director of counterterrorism.

He expressed his desire to join the Taliban in September last year, and attempted to recruit a confidential FBI source to travel with him to Pakistan then cross the border to Afghanistan, according to the criminal complaint.

"Delowar Hossain had a despicable goal. He wanted to make his way to Afghanistan, join up with Taliban forces, and kill Americans. But he failed because members of the FBI's joint terrorism task force interrupted his plans," McGarrity said.

In recorded conversations with the confidential source, he allegedly detailed his plans and the measure he's taken to avoid detection such as flying to Bangkok, Thailand, first then making his way to Pakistan and then Afghanistan. He allegedly made preparations to fight in Afghanistan, including buying equipment such as walkie-talkies and trekking gear, and instructed the informant to save money for weapons after they arrive in Afghanistan, the complaint states.

He allegedly purchased an airline ticket for a flight scheduled to depart Friday from JFK Airport to Thailand for the first leg of the trip, the complaint alleges. The FBI arrested him as he attempted to board that flight.

If found guilty of one count of attempting to provide material support for terrorism, he faces 15 years in prison. Information on his attorney was not immediately available.