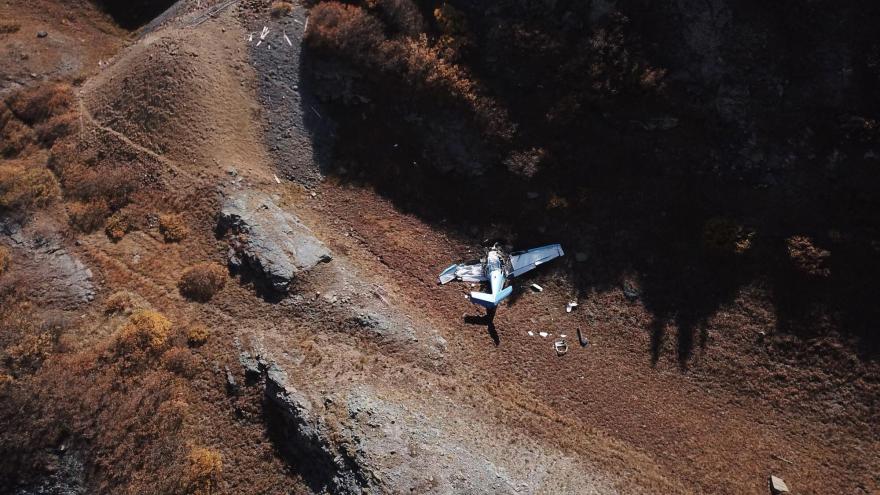 Authorities identified Costas John Sivyllis, 30, and Lindsey Vogelaar, 33, as the newlywed couple who died in a plane crash in Colorado on Monday.

(CNN) -- Authorities have identified a newlywed couple who were killed in a plane crash in Colorado on Monday shortly after takeoff.

Costas John Sivyllis, 30, and Lindsey Vogelaar, 33, had been married just four days before they eloped to Telluride, Colorado, for a small wedding and honeymoon, the San Miguel Sheriff's Office said in a tweet.

The couple, who were from Port Orange, Florida, left the Telluride Airport at 12:45 p.m. on Monday in a Beechcraft Bonanza aircraft, according to the sheriff's office. They were on their way back to Florida with plans to possibly stop and refuel in Oklahoma when they crashed in Ingram Basin, east of Telluride, as soon as 10 to 15 minutes after taking off, the sheriff's office said.

They were the only two people on the plane.

Sivyllis was a United Airlines pilot and flight instructor and Vogelaar also worked in the airline industry, according to the sheriff's office.

The National Transportation and Safety Board is investigating the crash.