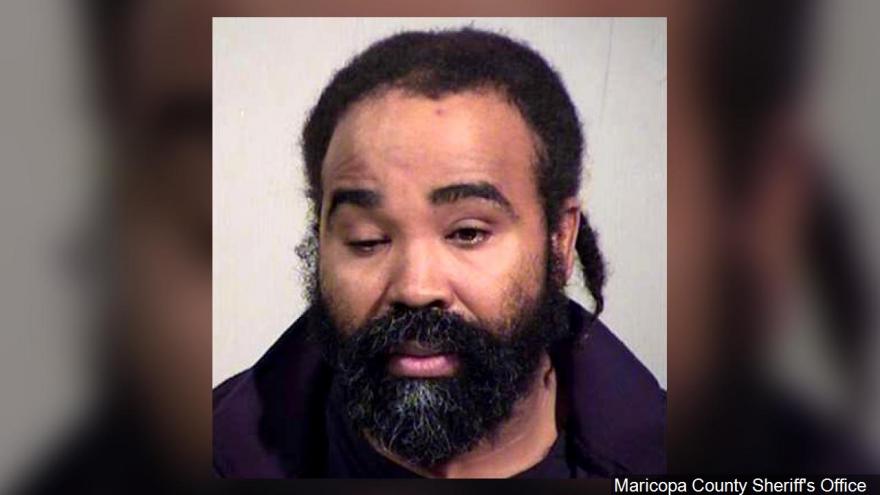 (CNN) -- A 36-year-old nurse has been arrested on suspicion of impregnating a woman in a vegetative state who unexpectedlygave birth last month at a Phoenix health care facility, police said Wednesday.

Nathan Sutherland, a licensed practical nurse who was caring for the woman at the Hacienda HealthCare facility, has been arrested and is being booked on preliminary charges of sexual assault and vulnerable-adult abuse, Phoenix Police Chief Jeri Williams said.

The arrest is the latest chapter in a weekslong investigation that started when the 29-year-old woman -- who is not able to give consent and has been at the facility since 2002 -- gave birth in late December to the surprise of her family and caregivers.

Sutherland has worked at the facility since 2011, and investigators are trying to determine whether he assaulted anyone else, or whether this woman was assaulted more than once, Thompson said.

The woman's family is aware of Sutherland's arrest but declines to comment further, their attorney John Michaels said.

Hacienda HealthCare said that every member of the company is "troubled beyond words to think that a ... nurse could be capable of seriously harming a patient."

The arrest came two days after the facility announced, without elaboration, that one doctor who led the woman's care resigned, and another was suspended. The company did not name the doctors, and police did not mention them at their news conference.

Caretakers of the woman were taken by surprise by the December 29 birth, with one telling a 911 dispatcher, "We had no idea she was pregnant." The woman is a member of the San Carlos Apache Tribe and has long been in a vegetative state, the tribe's chairman has said.

"The baby, I am told, is doing quite well," Thompson said Wednesday, without elaborating on who is taking care of the infant.

Because the woman cannot give consent, police began investigating the case as a sexual assault. Hacienda was ordered to hire a third-party manager to oversee several of its facilities.

Investigators received search warrants for records that helped them identify people who had access to the woman, as well as court orders to get DNA evidence from men who worked at the facility, police said.

Detectives learned that Sutherland was among those responsible for caring for the woman "during the time this sexual assault occurred," leading to the court order compelling him to provide a DNA sample Tuesday, Thompson said.

The baby was at or near full term. Sutherland has "invoked his 5th Amendment rights" and has not participated in an interview with police, Thompson said.

At his client's initial court appearance Wednesday, defense attorney David Gregan asked for a much lower bond, saying there was "no direct evidence that Mr. Sutherland has committed these acts," and that he anticipated that Sutherland's defense would include his own DNA expert.

Sutherland, wearing a dark shirt and jacket, said nothing other than his name and date of birth.

If he posts bond, Sutherland must be under house arrest and wear an electronic monitoring bracelet while awaiting trial, a judge said.

CNN has reached out to the San Carlos Apache Tribe, the Arizona Department of Health Services and the Maricopa County Attorney's Office for comment on the development.

"Once again, we offer an apology and send our deepest sympathies to the client and her family, to the community and to our agency partners at every level," the company said in a statement Wednesday.

Hacienda HealthCare said Sutherland, who had a current nursing license and had undergone an extensive background check before he was hired, was fired as soon as the company learned of his arrest.

"We will do everything in our power to ensure justice in this case," the statement said, adding that Hacienda had been cooperating with investigators.

"In the past two weeks, the Hacienda team has increased security measures to ensure the safety of all our patients. We will continue to do so. We also will continue to review and improve what is already an in-depth vetting process for caregivers at Hacienda. We will not tolerate any mistreatment of a Hacienda patient, nor will we stop until every Hacienda patient is as safe as we can make them."

CNN is not reporting the woman's name because police are investigating the case as a sexual assault.

The parents of the woman said in a statement Tuesday that she has "significant intellectual disabilities" but is able to move and respond to sound.

"The victim's parents would like to make clear that their daughter is not in a coma," said the statement released to CNN by the attorney for the parents, John A. Michaels. "She has significant intellectual disabilities as a result of seizures very early in her childhood."

The woman does not speak but has some ability to move her limbs, head and neck, according to the statement. She also "responds to sound and is able to make facial gestures."

"She has feelings, likes to be read to, enjoys soft music and is capable of responding to people she is familiar with, especially family," the parents said.

"The important thing is that she is a beloved daughter, albeit with significant intellectual disabilities."

A doctor who gave a yearly checkup to the patient about 37 weeks before she gave birth wrote that there were no major changes in her health, according to medical records sent to an Arizona court.

Medical records say the woman had an external exam April 16. A doctor noted her "firm belly" in the abdomen section. There were no notes on the forms about a pelvic exam, or urine or blood tests.

The doctor had given the woman her physicals since 2009 when a court appointed her mother as legal guardian.

The woman has breathing and feeding tubes, the records show. In March, she weighed 112 pounds.