A parasite that feeds off of the reproductive organs of millipedes is named after Twitter, where it was found 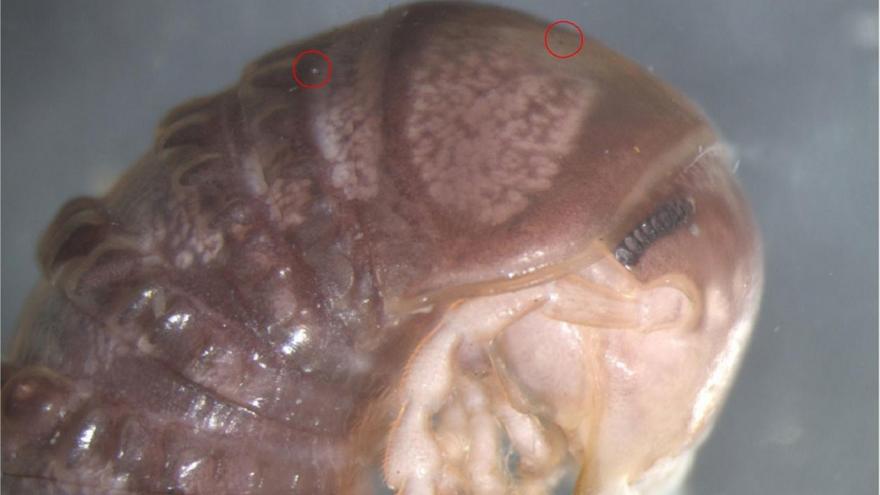 Researchers from the University of Copenhagen's Natural History Museum of Denmark discovered a fungal parasite that feeds off of the reproductive organs of millipedes, they said, and decided to name it after the website on which it was found.

Biologist and associate professor Ana Sofia Reboleira of the National Natural History Museum said in a press release that she was simply browsing Twitter when she came across a photo, shared by her US colleague Derek Hennen of Virginia Tech, of a North American millipede.

Nothing unusual there. But then she looked closer.

"I could see something looking like fungi on the surface of the millipede," Reboleiraexplained. "Until then, these fungi had never been found on American millipedes. So, I went to my colleague and showed him the image. That's when we ran down to the museum's collections and began digging."

Working with her colleague Henrik Enghoff, the two discovered several specimens of the same fungus on North American millipedes right there in the Natural History Museum's collection.

They belong to the order of parasitic fungi known as Laboulbeniales, of which only approximately 30 that attack millipedes are known to exist. They can also be found living on insects and arachnids, and, as parasites do, rely on their host organisms to survive.

But to most, that's not the big deal. This is: "As far as we know, this is the first time that a new species has been discovered on Twitter," Reboleira said.

She added, "It highlights the importance of these platforms for sharing research -- and thereby being able to achieve new results. I hope that it will motivate professional and amateur researchers to share more data via social media."

The Natural History Museum of Denmark has one of the world's largest entomological collections, with approximately 100,000 known species represented and more than 3.5 million pin-mounted insects and alcohol preserved insect and land animal specimens housed inside.