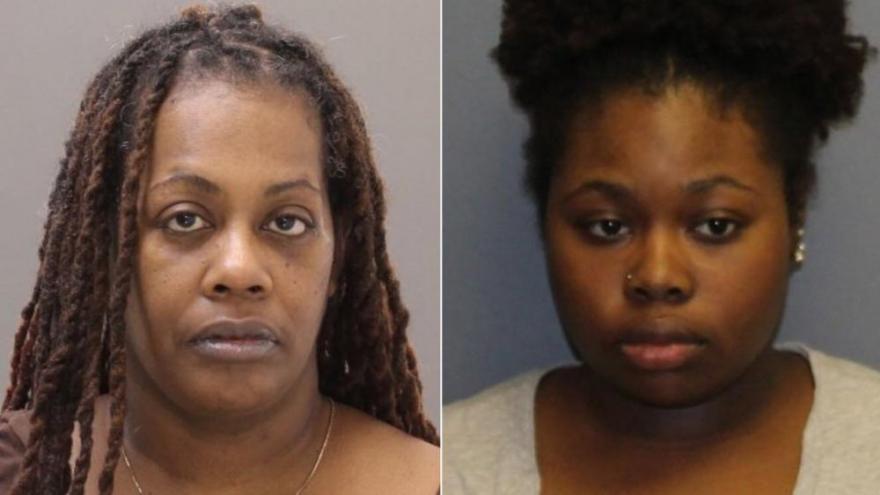 Shana Decree, pictured left, and Dominique Decree pleaded guilty to killing five of their relatives, according to the Bucks County District Attorney.

(CNN) -- A Pennsylvania woman and her daughter are expected to spend the rest of their lives in prison after pleading guilty Monday to killing five of their relatives last year, according to the Buck's County District Attorney's office.

Shana Decree, 47, and her daughter Dominique Decree, 21, plead guilty but mentally ill to five counts of first-degree murder and one count of criminal conspiracy, according to the district attorney's office. They will serve five consecutive life sentences and avoid the death penalty as part of a plea deal.

The women killed two of Shana's children, Naa'Irah Smith, 25 and Damon Decree Jr., 13, as well as Shana's sister, Jamilla Campbell, 42, and her 9-year-old twin daughters Imani and Erika Allen, according to prosecutors. The murders took place between February 23 and 25 in an apartment all seven people shared in Morrisville, Pennsylvania, according to the district attorney's office.

John Fioravanti Jr., Dominque's lawyer, told CNN that this was a troubling case from the beginning.

"She was very remorseful and pleasant to deal with," Fioravanti Jr. said of Dominique. "It's very troubling for me. One of the hardest cases I've ever had and I've been doing this a long time."

CNN reached out to Shana's lawyer, Christa Dunleavy, for comment.

A social worker conducting a surprise visit knocked on their apartment door but didn't get an answer, according to a probable cause affidavit. The building's maintenance crew checked the apartment and less than 20 minutes later, a worker called 911.

There was broken glass and clutter throughout the apartment and the furniture was turned over, according to the affidavit.

When police arrived, they found that Shana and Dominique Decree were "disoriented" and took them to the hospital.

The rest of the family was in one of the bedrooms. Damon's body was on the bed and the bodies of his sister, aunt and cousins were around the bed, the affidavit said.

During the investigation, Shana told investigators that all five victims, including the children, wanted to die, according to the district attorney's office.

"Were it not for their severe mental illness, both would face the death penalty," said District Attorney Matt Weintraub after the sentencing on Monday. "By murdering Erica, Imani, Damon, Naa'Irah, and Jamilla, they've decimated entire generations of their own family."