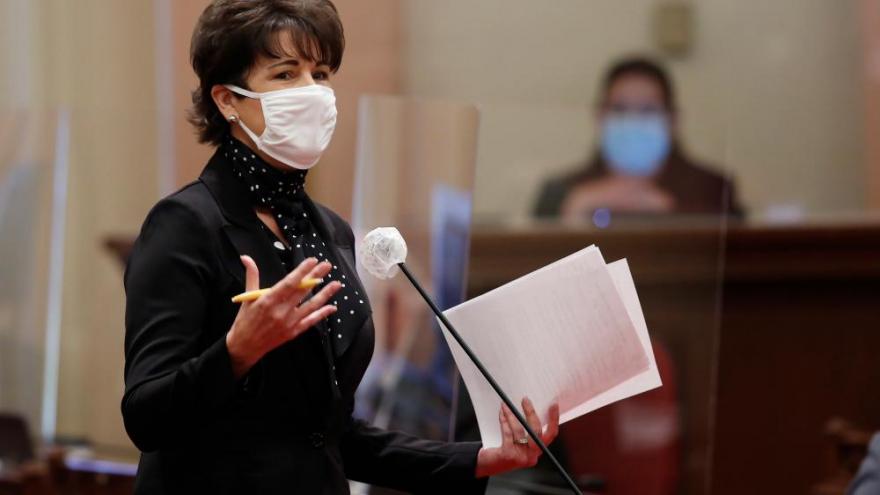 California state Sen. Connie Leyva is the author of a bill that seeks to protect workers from having to sign confidentiality agreements that prevent them from speaking up about discrimination and abuse.

(CNN) -- A California state legislator has introduced a bill aimed at empowering more workers to speak up about alleged discrimination and abuse by banning certain provisions in confidentiality agreements.

State Sen. Connie Leyva, who was behind California legislation banning non-disclosure agreements in cases of workplace sexual assault and harassment, is now hoping to prevent workers from having to sign such settlements in all cases of discrimination and abuse.

The bill, known as the Silenced No More Act, was announced on Monday. It is co-sponsored by Equal Rights Advocates, a San Francisco-based organization that advocates for gender justice in workplaces and schools, and the California Employment Lawyers Association.

"It is unacceptable for any employer to try to silence a worker because he or she was a victim of any type of harassment or discrimination -- whether due to race, sexual orientation, religion, age or any other characteristic," Leyva said in a statement on Monday. "SB 331 will empower survivors to speak out -- if they so wish -- so they can hold perpetrators accountable and hopefully prevent abusers from continuing to torment and abuse other workers."

The proposed legislation seeks to build on an existing California law known as the STAND Act. That law, passed in 2018 at the height of the #MeToo movement, bans settlement agreements that prevent workers from speaking up about cases of workplace sexual harassment and abuse.

Advocates have argued that such non-disclosure agreements protect perpetrators from accountability and perpetuate further harassment by preventing allegations from coming to light.

"NDAs are inherently harmful because they prevent workers from speaking out against abuses in the workplace," said Jessica Stender, senior counsel for workplace justice and public policy at Equal Rights Advocates, in a statement.

The Silenced No More Act would allow workers to also come forward about other claims of discrimination or bias, such as those that involve race or sexual orientation. It also intended to protect workers from having to sign such confidentiality agreements as conditions of their severance packages.

"This bill is critically important to ensure that workers never have to sign away their ability to speak out about harassment or discrimination as a condition of their employment or to settle a claim," Mariko Yoshihara, legislative counsel and policy director for the California Employment Lawyers Association, said in a statement.

The bill was informed by the experiences of two Black women who publicly accused Pinterest last summer of racism and unfair pay practices.

Pinterest told CNN Business at the time that it had conducted an investigation and found that the two former employees were "treated fairly." But the company later reached a $22.5 million settlement in a separate gender discrimination and retaliation lawsuit brought by its former chief operating officer. In the aftermath of the settlement, the company vowed to improve its workplace culture.

The two women who spoke out in June 2020 eventually settled their claims, according to a news release from Equal Rights Advocates. Although they were able to freely speak about their experiences of gender discrimination, they didn't have the same protections when it came to their claims of racism.

SB 331 is intended to address that discrepancy, its sponsors say.

"My experience facing workplace discrimination, then publically demanding accountability, speaks to the importance of this legislation for all Californians," Ifeoma Ozoma, one of the two former Pinterest employees, said in a statement. "I'm proud to support this bill and the intersectional protections it would bring to tens of millions of workers."