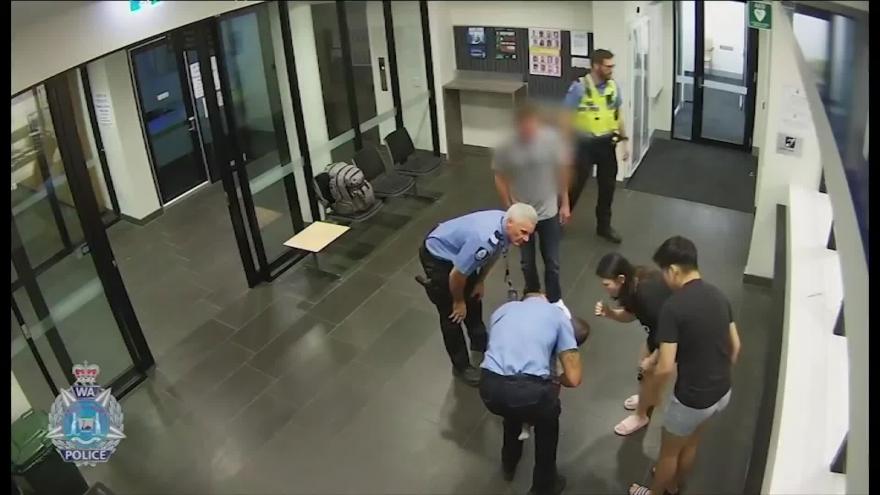 They rushed into a police station in Perth, Australia, around 11:30 p.m. on Christmas Eve, desperately asking for help at the front desk.

Their 8-month-old baby was choking on food and wasn't breathing.

CCTV footage shows what happened next: Acting Sgt. Jason Lee runs into the foyer and grabs the baby from the man. Lee pats the baby on the back multiple times until the food is dislodged. Then he hands the baby back.

Lee then demonstrates to the couple the proper method to save choking infants. He shows them how to hold the baby in one hand, facing down, and give five sturdy pats on the infant's back.

Then the video shows the relieved couple walking back out the same door through which they entered. The whole ordeal took just two minutes.

The sergeant "used first aid to dislodge an item from the mouth/throat of the young child," the Western Australia Police Force in a post on their Facebook page.

Lee was just following his training, but Crook said it inspired the team working at Northbridge Police Station in the city of Perth on the Western Australia coast.

"It just sort of lifts the place, a situation like that," Crook said. "It is positive, it's a good result, I think everyone would have been all smiles. ... Police officers like good stories."