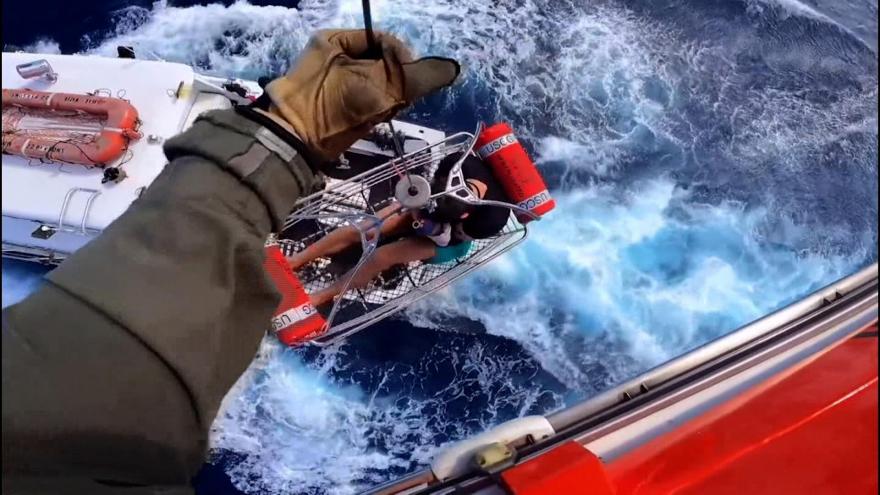 A Coast Guard Air Station Miami MH-65 Dolphin helicopter and crew hoisted a man bitten by a shark and transferred him to Jackson Memorial Hospital.

(CNN) -- A man who was bitten by a shark while fishing near Bimini, Bahamas, was rescued via helicopter, the US Coast Guard said in a news release.

Coast Guard Sector Miami watchstanders received word midday Monday the 51-year-old was bitten while aboard a vessel and a tourniquet was applied to the man's arm to prevent further blood loss, USCG said.

After officials determined the man required a medical evacuation, a Coast Guard Air Station Miami MH-65 Dolphin helicopter and crew arrived at the scene, hoisted the man and transported him to a hospital in Miami, the news release said. The man is reportedly in stable condition.

"This was the best possible outcome to a truly terrifying situation," said Sean Connett, command duty officer at Coast Guard District Seven. "This individual was fortunate a fellow crew member was able to render aid prior to the Coast Guard's arrival which allowed for a quick extraction from the vessel."