A shooting spree in Mississippi leaves 4 dead and leads to police standoff that ended with suspect found dead, officials say 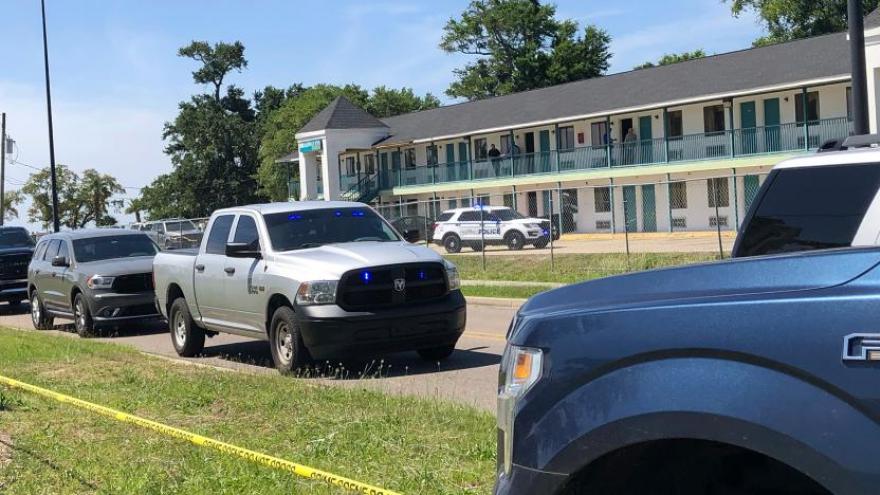 A man shot and killed three people at a Broadway Inn Express in Biloxi, Mississippi, and another man in neighboring Gulfport, police say.

(CNN) -- A shooting spree in Mississippi left four people dead and resulted in a police standoff with the suspect Wednesday, which ended when a SWAT team found him dead inside a local business, officials said.

Police say the suspect, Jeremy Reynolds, 32, first fatally shot three people at a hotel in Biloxi before driving to the neighboring city of Gulfport where he allegedly carjacked and shot a man.

When officers later found Reynolds, he barricaded himself inside a store until authorities finally entered to find him deceased from unknown causes, police said.

The incident began Wednesday morning when police respond to reports of shots fired at a Broadway Inn Express hotel just after 9 a.m., the Biloxi Police Department (BPD) said in a news release.

Officers found three victims dead from apparent gunshot wounds. They were later identified as the owner of the hotel, Mohammad Moeini, 51, and two employees who also lived in the hotel, Laura Lehman, 61, and Chad Green, 55, BPD said during a joint news conference with the Gulfport Police Department (GPD).

Biloxi officers determined the suspect had fled to Gulfport in a vehicle belonging to one of the victims, BPD said.

No motive has been identified in the hotel shootings, Biloxi police said, noting it is not clear whether the suspect had been staying at the hotel or knew the victims.

In Gulfport, at about 9:30 a.m., police responded to a shooting where they found 52-year-old William Waltman had been shot and carjacked by the suspect later identified as Reynolds, Gulfport Police Chief Adam Cooper said at the news conference.

Waltman was taken to a hospital where he was pronounced dead after a surgery, GPD said.

When Gulfport officers found Reynolds and the stolen vehicle, he ran to a nearby convenience store, they said.

Two employees of the store were able to escape before Reynolds barricaded himself inside, the GPD release said.

SWAT teams from GPD and Harrison County were deployed to the scene and made "multiple attempts to contact the suspect inside of the business," the GPD release said. After deploying teargas into the building, the SWAT team entered and found Reynolds "deceased from unknown circumstances," GPD said.

No shots were fired by the suspect or police during the standoff, Harrison County Coroner Brian Switzer said at the news conference. A small fire was discovered near Reynolds' body, though it's not clear how it was started, Switzer added.

Autopsies will be performed on Reynolds and the four victims this week, Switzer said.