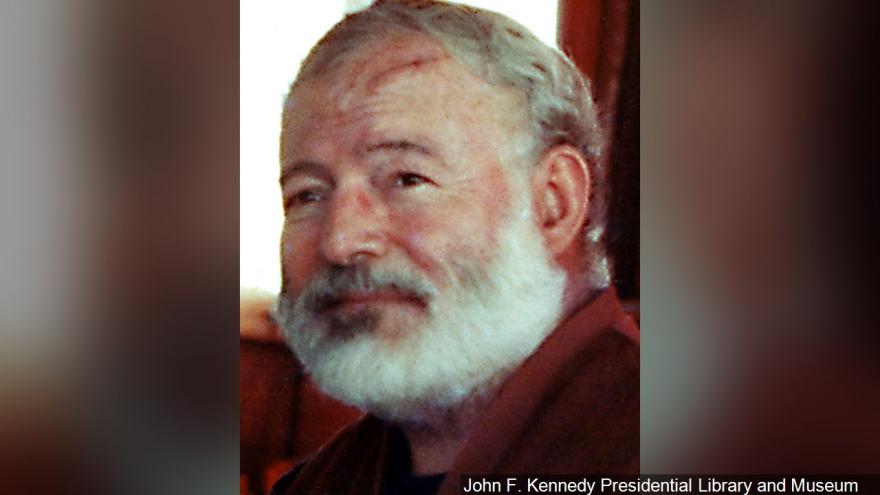 (CNN) -- In a letter written in 1956, American author Ernest Hemingway told his publisher he had written five new short stories.

"They are probably very dull stories but some are very funny I think," he wrote. "Anyway you can always publish them after I'm dead."

Six decades later, a literary magazine is doing just that. One of those long-lost stories, "A Room on the Garden Side," is being published for the first time in The Strand Magazine with permission from the Hemingway estate.

Written 62 years ago, the short work of fiction has all the trademark elements readers love about Hemingway: War, wine and male camaraderie. In his signature staccato style, Hemingway opens the story inside the Hotel Ritz in Paris, where a group of soldiers are discussing combat, poetry and romance over drinks.

"We were all up in the room at the Ritz and the windows that overlooked the garden were open," Hemingway begins. "I was lying back against four pillows on one of the beds with my boots off reading and the other bed was covered with maps of the country we had gone through."

As fans of Hemingway know, much of his work, like "For Whom the Bell Tolls," was inspired by war. His classic novel, "A Farewell to Arms," drew from his time serving as an ambulance driver during World War I, and Hemingway was also a correspondent in Paris during World War II, when "A Room on the Garden Side" takes place.

In an afterword, Kirk Curnutt, a professor and board member of the Ernest Hemingway Society, writes that, most of all, the short story captures the importance of Paris to Hemingway and the world.

"Steeped in talk of Marcel Proust, Victor Hugo, and Alexandre Dumas, and featuring a long excerpt in French from Charles Baudelaire's "Les Fleurs du Mal," the story implicitly wonders whether the heritage of Parisian culture can recover from the dark taint of fascism," Curnutt writes.

Like "A Room on the Garden Side," several of Hemingway's classic works like "A Moveable Feast," "The Garden of Eden" and "The Dangerous Summer" were also published posthumously, after the author took his own life at age 61 in 1961.

Along with other Hemingway papers, "A Room on the Garden Side" is housed in the John F. Kennedy Presidential Library and Museum in Boston. And according to Curnutt, few people besides biographers and historians have ever read it.

Now you can, too.