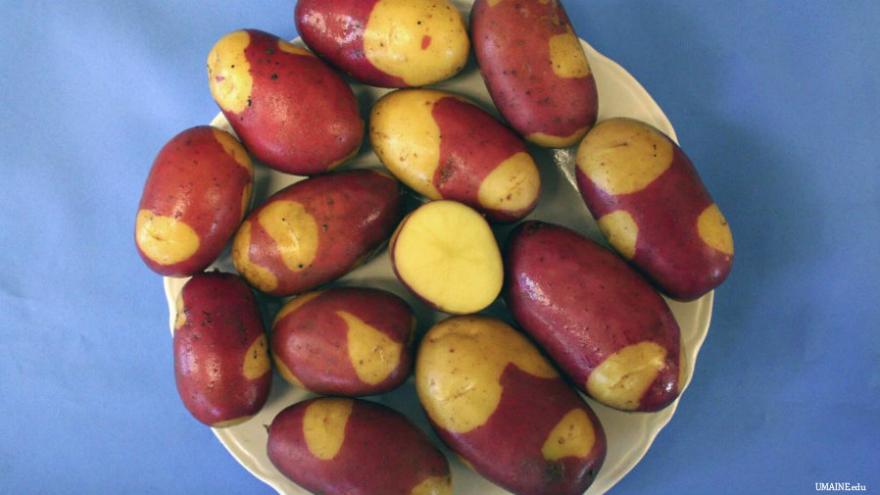 ORONO, Maine (AP) — The University of Maine says it's releasing a new type of gourmet potato.

The new spud is called the "Pinto Gold" and the university's potato breeding program leader describes it as a high-yielding, yellow-fleshed specialty variety. Gregory Porter, who leads the breeding program, says the potato will be especially well suited to roasting.

The U.S. Department of Agriculture says the state was in the Top 10 potato producing states in the country in 2016.

Seed samples were first sent to organic growers for small-scale production in 2012.

The Pinto Gold is the fourth potato variety released by University of Maine since 2014.