A Starbucks employee tested positive for hepatitis A, possibly exposing thousands of customers to the virus 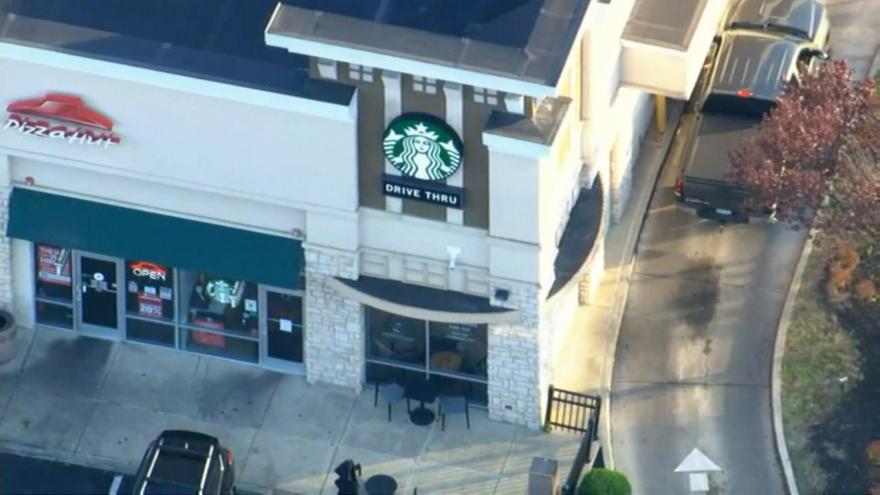 According to county spokesman Dan Keashen, a New Jersey Starbucks employee who went to work in November after testing positive for hepatitis A and handled food may have exposed thousands of customers to the virus.

(CNN) -- A New Jersey Starbucks employee who went to work in November after testing positive for hepatitis A and handled food may have exposed thousands of customers to the virus.

The hepatitis A exposure encompasses anyone who visited the Starbucks at 1490 Blackwood Clementon Road on November 4, 5, 6, 11, 12 and 13, according to county spokesman Dan Keashen.

The Camden County Health Department was notified of the incident on Wednesday and immediately shut down the Gloucester Township Starbucks location, Keashen told CNN.

People who frequented that Starbucks and aren't vaccinated for the hepatitis A are advised to receive the vaccine "as soon as possible but no later than 14 days after contact," the health department said in a news release on Friday.

"The county health department has been working closely with the patient and the staff at the Starbucks to address the situation," Camden County Health Officer Paschal Nwako said in a news release.

"Our highest priority is ensuring everyone involved remains safe and healthy. The patient is not currently working, and close contacts have been identified. We encourage anyone who may believe they were exposed to get vaccinated against hepatitis A by calling the county health department or your primary care physician."

Public health employees provided 17 hepatitis A vaccines to Starbucks employees on Thursday and set up a nearby pop-up vaccine clinic Friday and Saturday, Keashen said.

So far, 800 vaccines have been administered, marking the largest hepatitis A vaccine effort in the state's history, according to Keashen.

"Starbucks says that that location is busy, as most are," Keashen said. "They're saying they have an average of 600 patrons a day and some are return patrons maybe going multiple times a day ... but the exposure is probably in the thousands."

Visitors of the Starbucks 'should absolutely get vaccinated'

The Starbucks employee who contracted the virus is in recovery. So far, no one has tested positive for hepatitis A as a result of the exposure, the spokesman said.

"I found out that my daughter and myself were both exposed possibly to hepatitis A. I was able to get my vaccination today and ultimately I feel good," Keashen told CNN affiliate WABC.

"If you came in contact with material that came out of the drive-thru or you went inside of the building itself, you should absolutely get vaccinated."

Due to the limited number of vaccines in the state, gathering the appropriate amount of doses was no easy task.

"We had our public health department employees driving all over the state, in some cases hundreds of miles, picking up vaccines across the state," Keashen explained. "There's not a lot of hepatitis A vaccine doses available in New Jersey."

The county has successfully secured 500 doses for another pop-up clinic planned for Wednesday as demand for the vaccine continues to rise.

Hepatitis A is an infection of the liver that is very contagious and can be spread through close contact with an infected individual or through consumption of contaminated food or drink, according to the US Centers for Disease Control and Prevention.

Symptoms include fever, fatigue, nausea, vomiting, abdominal discomfort and jaundice and usually appear two to six weeks after infection and last less than two months, according to the CDC.

Hepatitis A rates in the United States declined by more than 95% since the vaccine first became available in 1995, according to the CDC. Neighboring Philadelphia declared a public health emergency due to a surge in hepatitis A in 2019 with a bulk of cases occurring among at-risk populations in Kensington.