Suspect arrested after 10 shot at a lounge in Allentown, Pennsylvania 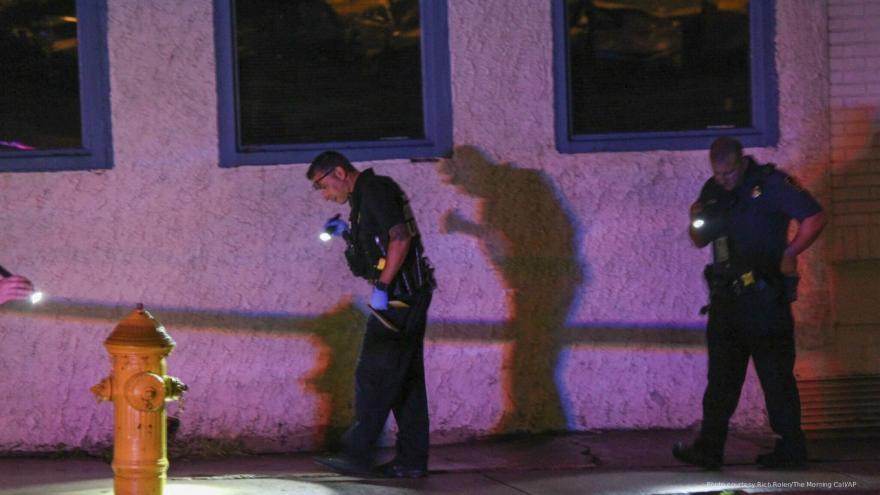 (CNN) -- A suspect has been arrested in a shooting, in the eastern Pennsylvania city of Allentown, that left 10 people injured Thursday.

"This does not appear to be an indiscriminate shooting; it appears that at least one individual was a target," the joint statement reads, without saying who the target was.

All 10 people who were shot are expected to survive, Allentown police Capt. Bill Lake said.

Shots were fired from a white Cadillac Escalade SUV around the time the establishment was closing, the nightclub's owner, Osiris Guzman, told CNN.

The lounge owner first noticed the Escalade at 1:51 a.m., he told CNN. Guzman saw it on surveillance video, pulling up to the club. It drove around and made U-turns on the block twice, he said.

Gunfire rang out around 1:55 a.m., as most patrons were leaving the lounge, he said.

The vehicle had no license plate, he said.

Witnesses and some shooting victims have been uncooperative with the police investigation, Martin and Alsleben said.