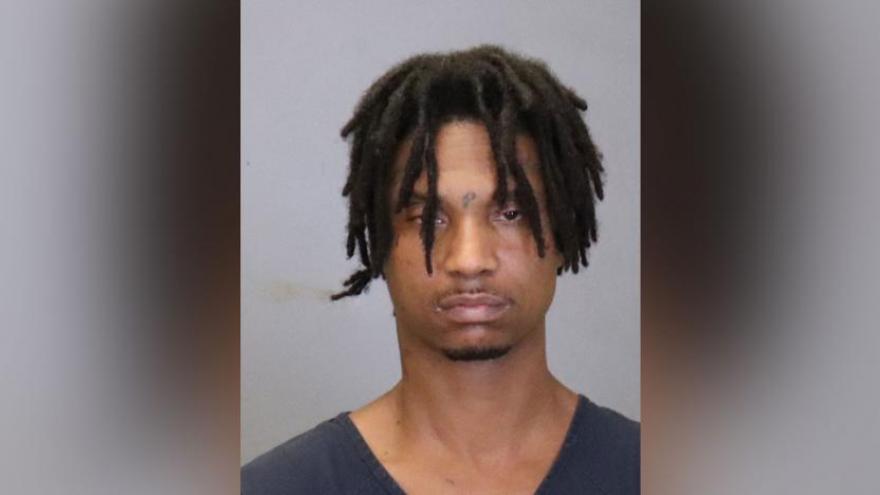 Justin Tyran Roberts was arrested June 12 in connection with three separate shootings in less than 24 hours that wounded five people across the Columbus, Georgia, metro area, according to police.

(CNN) -- A 39-year-old man was arrested Saturday in connection with three separate shootings in less than 24 hours that wounded five people across the Columbus, Georgia, metro area, according to police.

"They were able to apprehend the suspect in the downtown area," Columbus Police Chief Freddie Blackmon said at a news conference Saturday.

CNN is working to determine if Roberts has legal representation.

Police believe the shootings began across the Chattahoochee River in neighboring Phenix City, Alabama, where a person was shot multiple times outside a hotel at about 8:15 p.m. (9:15 p.m. ET) Friday night, according to Blackmon.

Two hours later, three people were shot outside a downtown Columbus restaurant, police said. On Saturday, shortly after 2 p.m., another person was shot about eight blocks away from the earlier downtown shooting.

"Our investigators later learned that the suspect's description was similar to the shooting incidents that occurred last night in Phenix City and Columbus," said Blackmon.

The Columbus chief says he has spoken to his counterpart in Phenix City, who considers Roberts the prime suspect in their shooting case.

All of the victims had non-life-threatening injuries, Blackmon said, and investigators are working to establish if there were any connections between the suspect and victims.

Columbus Mayor Skip Henderson said at the news briefing that he understands residents still have a lot of concern for their safety.

"The events of the last 24 hours have caused a lot of fear and anxiety throughout the community," said Henderson, who asked residents to assist the investigation with any available information. "Our community is trying to send a message that we're not going to tolerate senseless violence."