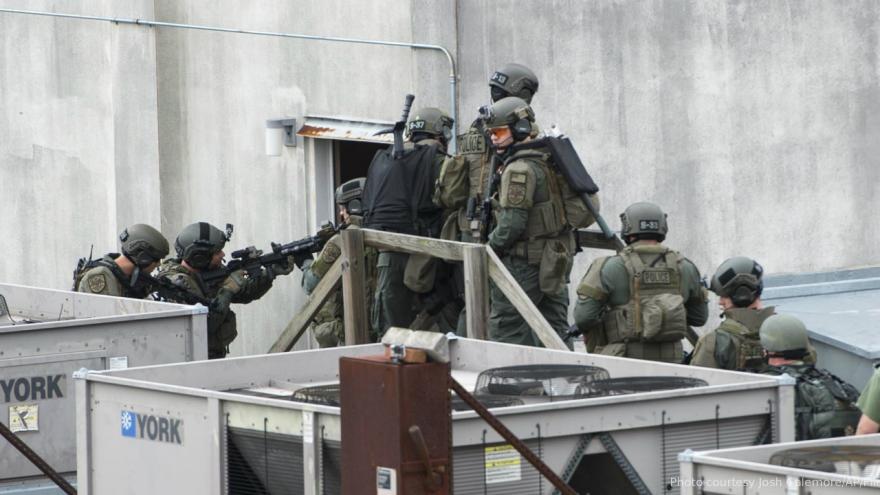 (CNN) -- An Ohio teen has been arrested in connection with a series of prank calls to police in upstate New York and across the country, authorities said.

The 17-year-old, who is accused of making "swatting" calls, was charged with 40 felony and 33 misdemeanor delinquency charges in Mahoning County, Ohio.

Swatting is the act of making a false police report -- usually of an urgent or violent crime -- to lure law enforcement or SWAT teams to a location.

The boy is accused of calling police on August 11 and saying he had shot his wife, had an AR-15 rifle and was holding his son hostage at a home in Kent, New York, the Putnam County Sheriff's office said.

When law enforcement arrived, they found the home was empty and confirmed there was not an emergency. The homeowner and his family had been out of state, the sheriff's office said.

Investigators later determined the calls were made from Mahoning County and the phone number had been linked to similar incidents around the country.

Authorities didn't release the teen's name or the number of incidents they are investigating. It's also unclear where and when the incidents took place, and whether anyone was injured.

Putnam County Sheriff Robert L. Langley Jr. said he hopes the case "will dissuade others from trying this type of activity."

The dangerous prank has found it's way into the public eye in recent years because of some high-profile celebrity victims such as Justin Bieber and Kim Kardashian, but also for turning deadly.

Last week, a California man who made a hoax call that led to a fatal police shooting in Kansas was sentenced to 20 years in federal prison after pleading guilty. Authorities said he made 911 calls from Los Angeles by acquiring a Wichita, Kansas, number through a cell phone app.

There aren't any national statistics about how many swatting incidents occur each year, the FBI says, but as of 2013 an FBI special agent guessed there were hundreds.