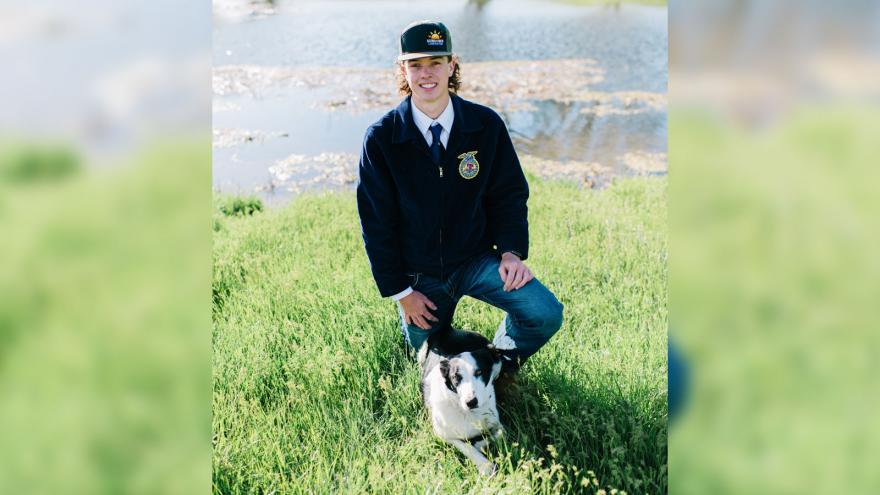 (CNN) -- An 18-year-old was killed after he was caught in an avalanche while snowmobiling in Farmington Canyon, Utah, officials said.

Chase Adams was snowmobiling with his father, Ben Adams, on Saturday when an avalanche was accidentally triggered.

Adams was buried in snow at least 6 feet deep and was found with an avalanche beacon, avalanche probe and his airbag inflated, according to the Utah Avalanche Center.

"We spent the day at a location that is dear to me and my boys. We had a wonderful day doing what we love to do. When the snow slid, I was shocked, but I had a feeling everything was going to be okay," Ben Adams said in a statement.

"I am an extremely strong man and in the moment of physical need to save my son, my strength availed nothing."

Adams had deployed his avalanche airbag, it did not "float as intended," the Davis County Sheriff's Office said in a press release. Avalanche airbags, when deployed, are supposed to help people caught in an avalanche by increasing their mass as larger objects tend to rise to the surface of avalanche debris, according to the Utah Avalanche Center.

Search and rescue volunteers, along with family and bystanders, were able to locate Adams in approximately 30 minutes, the sheriff's office said.

The teen was airlifted to a trauma center but did not survive his injuries, according to the sheriff's office.