A tenant decapitated his landlord with a sword over a rent dispute, Hartford police say 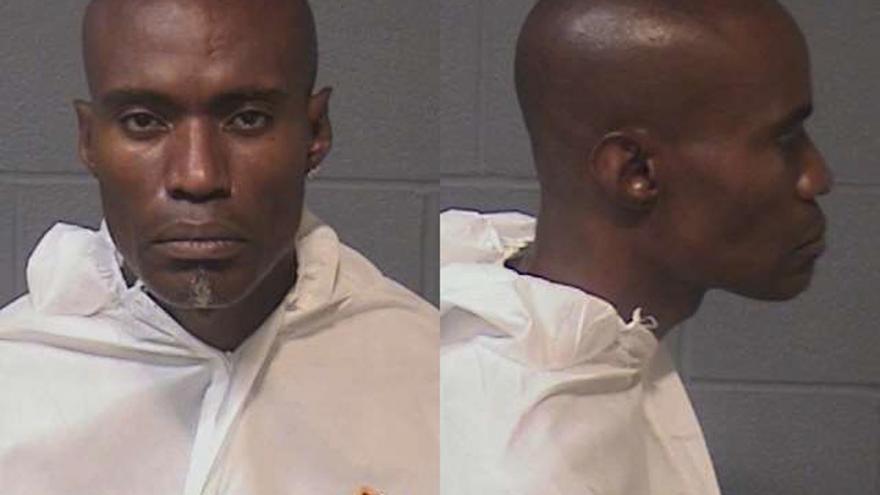 Jerry Thompson killed his landlord with a sword in a dispute over rent, Hartford police say.

(CNN) -- A Connecticut man decapitated his landlord with a sword after being told he had to move out because of overdue rent, Hartford police say.

The Hartford Police Department responded to a 911 call Saturday morning from the landlord, Victor King, who said that his roommate Jerry Thompson, 42, had been "waving a sword at him in a threatening and terrorizing manner" amid a rent dispute, according to an arrest warrant filed by Hartford detectives.

King gave officers Thompson's cell phone number, according to the warrant. It did not say if police spoke to Thompson Saturday.

The next day, police received calls from a neighbor and then a separate friend of King's who were concerned about his safety, the warrant said.

Police entered the residence Sunday afternoon to find a grisly crime scene and King's body "covered by numerous articles of bedding" on the floor, according to the warrant.

Surveillance video also caught a male exiting a white Jeep, carrying a "long skinny white object in his right hand," walking into the residence Saturday afternoon, and exiting about 30 minutes later with the same object, the warrant said.

When questioned by police, Thompson refused to speak but wrote on a sheet of paper that the "paper in glove compart in Jeep is all you need," the detectives said.

Once a search warrant was obtained, police found paperwork suggesting Thompson believed he was a "sovereign citizen," or an individual who believes he is not subject to any statutes and interprets the laws in their own way, the detectives wrote.

The amount of rent owed and Thompson's employment status were not known.

The victim's cousin Jim Banks told the Hartford Courant King "was one of the good guys."

"One that would never hurt a soul. One that would always reach out and help others. He was pleasant as can be. Always seemed to be happy. He was just a joy to be around."

King was an accomplished bridge player as well, Banks noted.

"He was very good at it. Very good at teaching others to play it. Just a kind and gentle person whose first love was bridge," he told the Courant.

Shortly after Thompson was formally charged with murder, detectives and members of the Hartford Police Dive Team recovered the suspected murder weapon about 10 miles away in the Farmington River, department spokesman Lt. Paul Cicero told CNN.

Cicero said King was Thompson's landlord. He said police found their rental agreement during the investigation.

At his arraignment Tuesday in Hartford Superior Court, Thompson refused to speak with a public defender so he was not assigned one, according to an audio recording of the proceeding.

He was detained in lieu of a $2 million bond before his next court appearance on August 18, according to the recording and state department of corrections.