A Virginia high school named for Robert E. Lee will be renamed for Rep. John Lewis 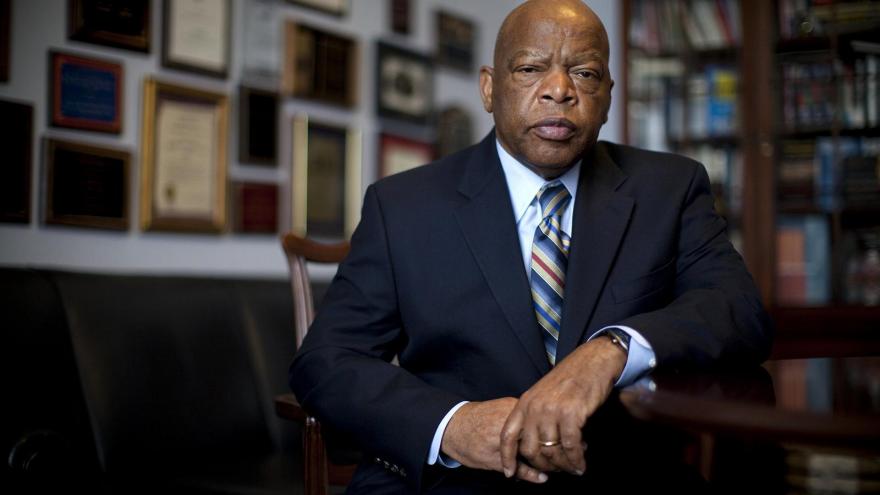 A Virginia high school named for Confederate Gen. Robert E. Lee will be renamed to honor the late US Rep. John Lewis, effective this fall, the local school board said Thursday.

(CNN) -- A Virginia high school named for Confederate Gen. Robert E. Lee will be renamed to honor the late US Rep. John Lewis, effective this fall, the local school board said Thursday.

The Fairfax County School Board held a one-month period of public comment on possible new names, and held a virtual town hall meeting and a public hearing, before voting to change the school's name Thursday to John R. Lewis High School.

"The name Robert E. Lee is forever connected to the Confederacy, and Confederate values are ones that do not align with our community," said school board member Tamara Derenak Kaufax, who had proposed the name change, according to a news release from Fairfax County Public Schools.

"We heard from so many community members, students, and alumni about the amazing things that John Lewis did during his life. And I think many people would be proud to have that as the name of their school. I think it would be an honor for the community as well as I hope, the congressman's family," said Kaufax, according to CNN affiliate WJLA.

Lewis died last week at age 80 following a six-month battle with cancer. He served as the representative for Georgia's 5th Congressional District, which covers Atlanta, for three decades.

But he was also a leader in the civil rights movement, often alongside the Rev. Martin Luther King Jr. He took part in lunch counter sit-ins, joined the Freedom Riders in challenging segregated buses and was a keynote speaker at the historic 1963 March on Washington.

"The Board heard from students, teachers and staff members, families, and the community about the old name," school board Chair Ricardy Anderson said in the news release.

"It was important for us to be mindful of these comments and to select a name that reflected the diversity and multiculturalism that currently exists at the school and in our community. Rep. Lewis was a champion of the Civil Rights movement, and our Board strongly believes this is an appropriate tribute to an individual who is a true American hero."

The board said the name change will be effective for the 2020-2021 school year.

Sean Perryman, the president of the Fairfax County NAACP, tweeted that the vote to change the name was unanimous.

"Y'all, we just renamed Robert E. Lee High School to John Lewis High School. When I was the education chair of @FairfaxNAACP in 2019, we were told we would never remove Lee from this community. We proved that we are this community. Step up and speak out, everyone!"

There have been calls to change the names of other high schools named for Lee, in Texas and Louisiana.