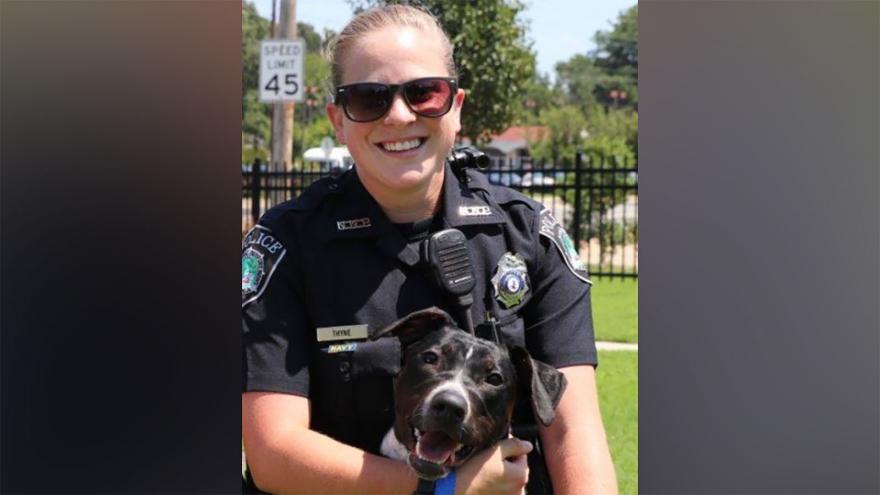 (CNN) -- A police officer in Newport News, Virginia, died after a car drove away during a traffic stop and dragged her, police said.

Officer Katie Thyne and another officer responded to a drug complaint Thursday evening and conducted a stop on a car. After the officers asked the driver to step out of the car, the driver accelerated, dragging Thyne for about a block, Newport News Police Chief Steve Drew told reporters on Friday.

The car then crashed into a tree, leaving Thyne pinned between the car's door and the tree, Drew said. The officer suffered multiple injuries and was taken to a local hospital, where she was pronounced dead, police said in a statement.

"She was a true hero and served this community," Drew said. "She is and will always be a valued member of the department."

Thyne, who was from New Hampshire, joined the department in 2018 after serving in the US Navy, Drew said.

She is survived by her 2-year old daughter, her mother, brother, stepfather and her partner, the police chief said.

The driver, Vernon Evander Green, was arrested shortly after the crash. The 38-year-old has been charged with homicide, evade and elude law enforcement and drug possession, police said.

It's unclear whether Green has an attorney, according to online court records.