A woman claimed her 9-year-old son was abducted. Now she's charged with his murder 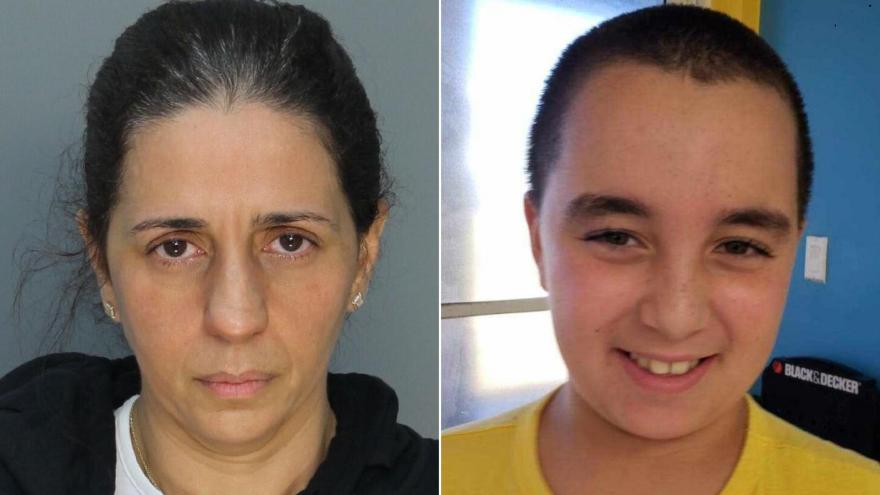 (CNN) -- Police in south Florida have arrested and charged a woman in the death of her 9-year-old son after they say she falsely accused two black men of abducting him.

Patricia Ripley, 45, had claimed she was driving with her son Alejandro around 9 p.m. ET Thursday when two black men in another vehicle forced her to stop, Miami-Dade State Attorney Katherine Fernandez Rundle said in a news conference Saturday morning.

Ripley told police that one of the men got out and demanded drugs, according to officials. After Ripley said she didn't have any drugs, the man, who had a knife, stole her phone and kidnapped Alejandro, who was autistic and non-verbal.

Nearby residents heard screaming, found Alejandro in the canal and rescued him, Rundle said. But just an hour later, Ripley allegedly brought Alejandro to a different canal.

"This time, unfortunately, there was no one there to save him," Rundle said.

CNN was unable to immediately determine Saturday if Ripley had an attorney who would comment on her behalf.

"I want you all in the community to think about Alejandro, that the only voice in his life that he depended on to get through this world was his mom's," said Miami-Dade Police Director Alfredo Ramirez III. "And to think that that voice would the one that would harm him the most."

"I'm deeply saddened for what happened to that young boy," he said. "And then for her to displace blame of her crime on another community is just as well another crime that was committed."