A woman is charged with stealing $1 million lottery prize in New York from her cousin, police say 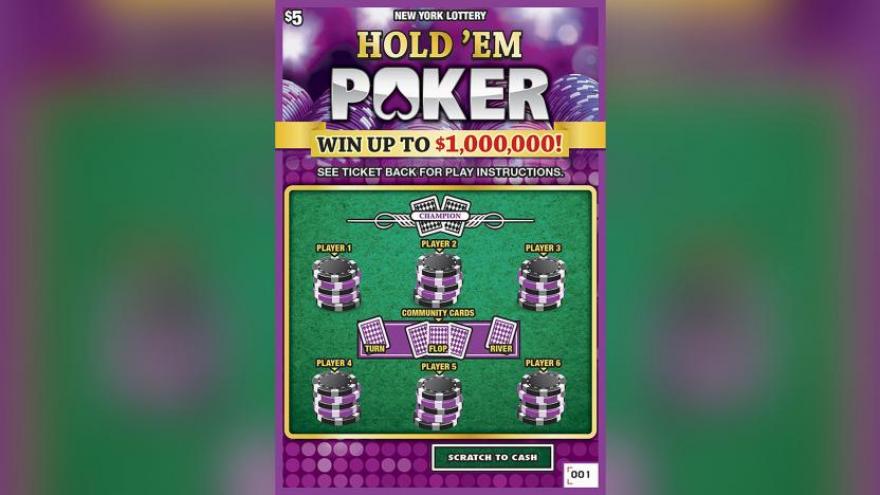 A woman has been arrested and charged in connection with cashing in her cousin's $1 million prize winning lottery ticket in New York and keeping the money, according to police.

(CNN) -- A woman has been arrested and charged in connection with cashing in her cousin's $1 million prize winning lottery ticket in New York and keeping the money, according to police.

Iris Argueta, 32, was asked by her cousin last year to cash in the winning lottery ticket because he wanted to remain anonymous, according to a joint press release on Tuesday from Nassau County District Attorney's Office and Glen Cove Police Department.

Her cousin agreed to pay her $50,000 in exchange for her claiming the prize from the $5 scratch off ticket that was purchased in Glen Cove, New York, according to the release.

Argueta, who lived in Virginia at the time, drove to her cousin's residence, took possession of the winning ticket and mailed it into the New York State Lottery to claim the winnings, according to police. She opted to received the prize money as a one-time lump sum payment from lotto officials that totaled over $537,000, according to a press release from lottery officials in December 2020.

Argueta told her cousin that the lottery ticket actually only won $20,000 and gave him an envelope with $13,436, claiming the rest was taken out for taxes, according to the Nassau County district attorney's office. Argueta even presented her cousin with forged paperwork from lottery officials detailing the winnings, according to police.

The victim came forward to police after seeing the lottery official's press release stating that Argueta did claim the $1 million lottery ticket, according to the release.

"This defendant exploited her cousin's trust, allegedly lying and manipulating him with the aim of pocketing the lion's share of his $1 million winning lottery ticket for herself," said Acting Nassau County District Attorney Joyce A. Smith.

CNN reached out to her lawyer listed on the court docket for a statement but hasn't heard back.

She was released on her own recognizance, according to the court docket, and is due back in court on November 23. The District Attorney said that if convicted of the top charge, Argueta is facing five to 15 years in prison.

Through the investigation, police said they were able to recover more than $317,000 of the allegedly stolen funds from Argueta's bank account which is being held.