Idaho woman wins a 6-figure lottery prize. The next day, she wins again 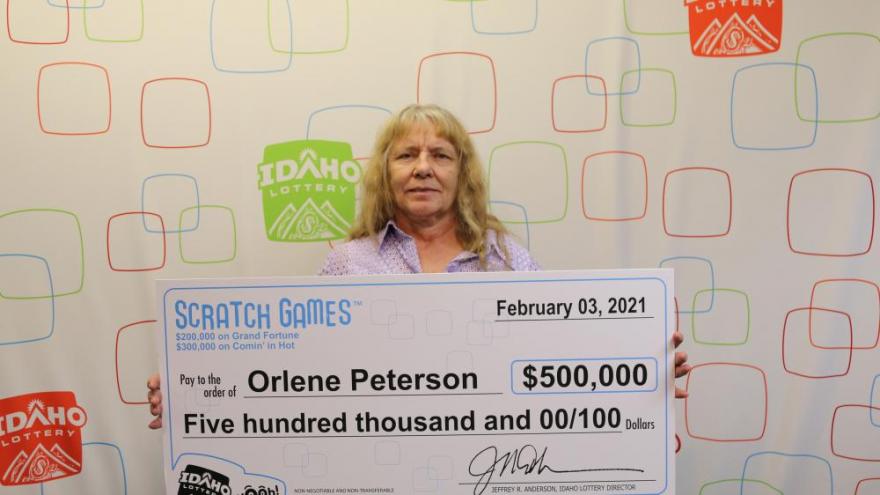 It must feel great to be Orlene Peterson right about now.

What are the odds?

Well, officials at the Idaho Lottery crunched the numbers. And they estimate it's about 1 in 282.5 million.

Peterson's stroke of good luck began late January when she bought some lottery tickets in Hayden in northern Idaho.

"I had bought some tickets already, then had $20 left over, so I thought what the heck, I'll get a Grand Fortune ticket," Peterson told the lottery.

"I couldn't believe it," she said.

The next morning, Peterson walked into another store in a different town to test her luck. And again, ka-ching! This time to the tune of $300,000.

The name of the game, fittingly, was Comin' in Hot.

Peterson plans to make use of her massive return to pay off bills and buy a new truck.

Oh, and she's also thinking of taking a trip to Vegas.