A year after the US attacked Syria, what's changed? 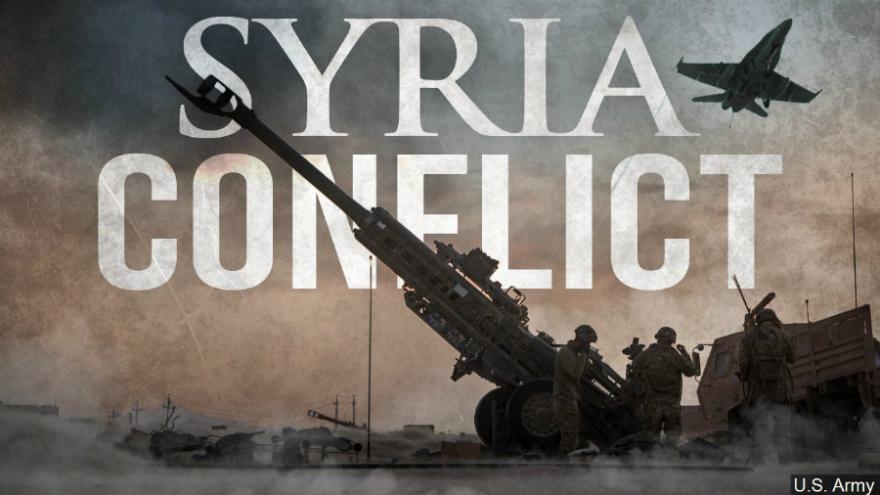 (CNN) -- One year ago the US launched its first military assault against the Syrian regime, a move some thought would be a game-changer in that country's gruesome civil war.

US warships pummeled a government airbase with missiles on April 6, 2017, a day after more than 80 Syrians died in a ghastly chemical attack.

Photos surfaced of dead children, their eyes wide open. US President Donald Trump said he took action in response because that chemical attack "crossed a lot of lines for me."

Fast forward one year, and the horrors inside Syria haven't stopped. Children still fear death on a daily basis. And on Saturday, another suspected chemical attack killed dozens of people in the rebel-held city of Douma.

Here's what's changed since the US assault last year, what hasn't changed and what could happen next:

What's happened: A joint report from the United Nations and international chemical weapons inspectors found that the Syrian regime was responsible for the April 2017 sarin attack that killed more than 80 people.

Syrian President Bashar al-Assad's regime maintains it had nothing to do with the attack. The government also insists it doesn't even have chemical weapons.

In February, a State Department spokeswoman said the US was "extremely concerned about yet another report of the use of chlorine gas by the Syrian regime to terrorize citizens" in eastern Ghouta -- the third reported incident in the region in the previous 30 days.

No one has claimed responsibility for the most recent attack Saturday, and the Syrian regime again denies any involvement. But anti-government activists say Syrian military helicopters dropped barrel bombs filled with chemicals on Douma, suffocating some residents and sending others into violent convulsions.

What's next: On Sunday, Trump warned there will be a "big price to pay" over the latest reported chemical attack -- but didn't specify what that price would be.

What's happened: In the past year, the Syrian regime, supported by Russia and Iran, has gained more control over rebel-held areas, dampening the hopes of those who want to oust Assad and his autocratic rule.

The bloody battles have raged since 2011, when civilians turned into rebels trying to end four decades of rule by the Assad family.

Rebels now control little territory in Syria. Eastern Ghouta has been under siege since 2012, but the Syrian military has moved through the area since February. That offensive has been carried out with the support of Russia and in defiance of a UN call for a ceasefire.

What's next: Idlib is now the only remaining Syrian province fully controlled by rebel groups. But Idlib has also been bombarded, and its fate remains uncertain.

What's happened: More than 400,000 people have died since the civil war began in 2011, according to UN estimates. That's more than the entire population of New Orleans.

And the suffering isn't limited to victims of airstrikes and gruesome barrel bomb attacks. In 2018 alone, more than half a million people have been displaced in and around Eastern Ghouta, Idlib and Afrin, said the UN humanitarian adviser for Syria, Jan Egeland.

"This is the very wrong time to turn our back on Syria's civilians," Egeland said.

What's the motivation for killing civilians?

Many of those killed are children. In March, UNICEF regional communications chief Juliette Touma said 432 children had been killed and 803 injured in the first two months of 2018.

What's next: Aid agencies are struggling to meet the needs of wounded and dying civilians. On Saturday, Doctors Without Borders (Medecins Sans Frontieres) said medical facilities supported by the group have received more than 1,000 dead and 4,800 wounded in Eastern Ghouta since the start of the renewed Syrian government assault from February 18 to March 4.

But the group acknowledges the numbers "underestimate" the casualties, since they don't include data from all MSF-supported medical clinics in the area nor facilities outside of its scope.

What's happened: ISIS managed to gain a strong foothold in Syria during the early years of the civil war, while the country was in chaos. But more recently ISIS has suffered significant blows.

In October 2017, US-backed militias declared the "total liberation" of the Syrian city of Raqqa, which was ISIS' de facto capital in Syria for three years.

What's next: While Trump said the US would soon have total victory over ISIS, US defense officials have recently ackowledged that progress against ISIS has been largely halted due to Turkey's recent military incursion into Afrin, Syria -- an operation that has caused US-backed Kurdish fighters to divert from the ISIS fight.

Turkey, a NATO ally, launched an operation targeting Kurdish groups in Afrin province in January to clear the border area of militias it considers to be terrorist organizations.

Trump says he wants to get troops out of Syria

What's happened: The US announced in December that there are about 2,000 American troops in Syria, supporting local forces fighting ISIS.

"We're knocking the hell out of ISIS," he said on March 29. "We'll be coming out of Syria, like, very soon. Let the other people take care of it now."