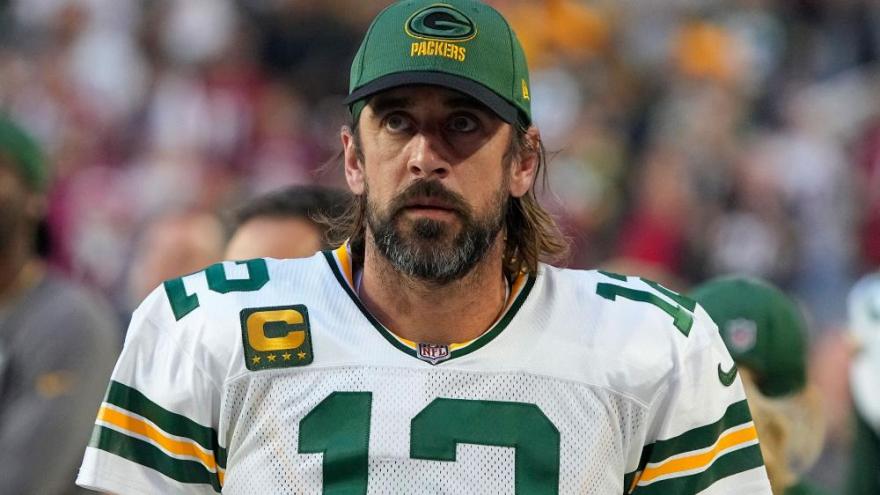 "I made some comments that people might have felt were misleading. And to anybody who felt misled by those comments, I take full responsibility for those comments," Rodgers said Tuesday.

"I understand that this issue, in general, is very charging to a lot of people because we are talking about public health. I totally respect that," Rodgers said. "I made a decision that was in the best interest based on consulting with my doctors. And I understand that not everybody is going to understand that necessarily. But I respect everybody's opinion."

Rodgers missed last Sunday's game against the Kansas City Chiefs due to Covid-19 protocols. The Chiefs defeated the Packers 13-7.

During an interview on McAfee's show Friday, Rodgers confirmed he is unvaccinated against Covid-19 and is disappointed with the treatment he's been receiving in the media.

Rodgers said the media was on a "witch hunt" to find out which players were vaccinated and blamed reporters for him saying he was "immunized" back in August. Rodgers said if any reporter would have asked a follow-up question, he would have explained he's "not an anti-vax flat earther," but that he's a "critical thinker."

Rogers added last week that he has been following the strict NFL protocols for unvaccinated players to a "T." Rodgers described the testing he is subjected to every day, even on off days, and believes the rules are in place to shame unvaccinated people. Rodgers said he was tested over 300 times before testing positive this week.

He did not get vaccinated because he has an allergy to an ingredient in the Moderna and Pfizer vaccines and was scared about the possible side effects from the Johnson & Johnson vaccine, he said. The decision to seek alternative treatments was "what was best for my body," he said.

Rodgers is expected to play this Sunday at home versus the Seattle Seahawks.