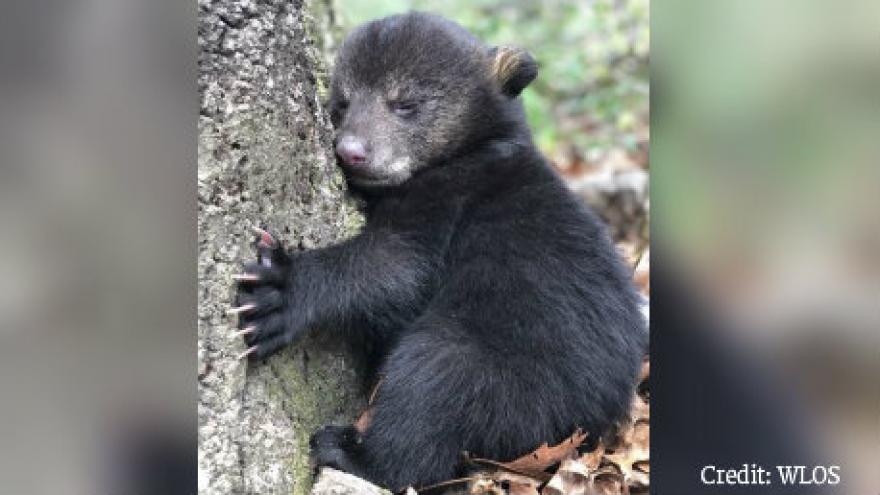 By Kristy Steward and Liz Burch

SALUDA, N.C. (WLOS) -- An orphaned bear cub is doing well after being found by a hiker and his dog on Easter Sunday.

Marvin Owings was on a hike with his two year old lab, Boomer, in Saluda, when Boomer started barking at the cub. The tiny female cub was found alone and was weak and underweight. Owings left the cub but later returned to see if she had been reunited with her mother.

Owings called Beverly Hargus, a local veterinarian. She took him to her home and fed him milk and honey.

Since being rescued, she's gained more than a pound and has much more energy.

Jenkins says the cub will be going to the Caswell wildlife depot, the only place in NC that can rehabilitate black bears. She was picked up Wednesday morning to go to the wildlife depot, after being given a clean bill of health by a veternarian.