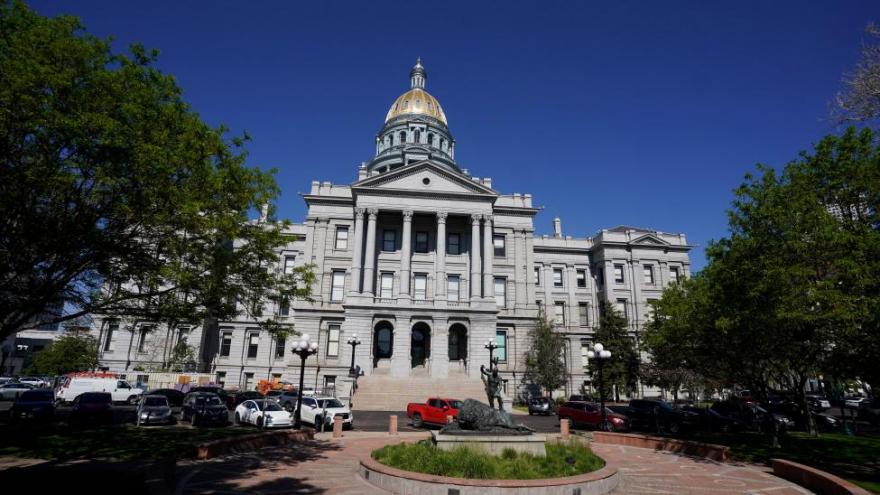 The Colorado House of Representatives on Monday passed legislation that seeks to codify the right to an abortion in the state.

(CNN) -- The Colorado House of Representatives on Monday passed legislation that seeks to codify the right to an abortion in the state.

The Reproductive Health Equity Act -- which cleared the chamber 40-24 -- now heads to the state's Democratic-controlled Senate, where it's expected to pass.

The bill also prohibits state and local entities from denying, restricting, interfering with or discriminating against a person's decision to either use contraception, give birth or have an abortion.

Democratic state Rep. Meg Froelich, who sponsored the legislation, hailed the House vote as a "big win for protecting access to abortion and reproductive health care" in a statement to CNN on Monday.

"Across the country, the GOP is introducing and passing extreme laws to criminalize those who seek reproductive health care, and to ban abortion entirely, with no exceptions. We're here to say, that's not going to happen in Colorado. We're standing up to protect access to abortion and I'm thrilled the Reproductive Health Equity Act has passed the House," Froelich said.

The legislation bucks recent restrictive abortion laws advanced by Republican state legislatures across the country. Florida, West Virginia and Arizona have all moved on 15-week abortion bans this session.

The US Supreme Court appears poised to uphold a similar Mississippi law that bars abortion after 15 weeks. The fate of Roe v. Wade, the landmark 1973 Supreme Court decision that legalized abortion nationwide, also hangs in the balance, and anti-abortion activists are hopeful that the court's conservative majority will strike it down.

The Idaho Legislature gave final approval Monday to a bill that would ban abortion after six weeks and allow the father, sibling, grandparent, aunt or uncle of the fetus to bring legal action against the medical professional who performed the abortion.

In Colorado, the Reproductive Health Equity Act faced fierce opposition from Republicans in the state House, including Rep. Tonya Van Beber, who called her vote against the bill "very personal."

"As someone who was born at 22 weeks, voting against the bill was very personal. As an only 5 and a half-month-old child, the deck was stacked against me, it was a miracle that I was able to survive. But my life was possible," Van Beber said. "Even when a baby is born in the second trimester, it is possible for them to not only live but thrive. My life had value from the moment of conception and so do all lives. We must always fight to stand up for every precious life, no matter the convenience.

"This bill gives people the right to take away a precious life for any reason. I do not believe that we should discriminate when it comes to human life."

Democratic state House Majority Leader Daneya Esgar, meanwhile, told CNN in a statement that "our hours of endurance, dedication and perseverance to protect abortion paid off for Coloradans."

"We're one step closer towards enshrining access to reproductive health care and abortion into Colorado law. We trust Coloradans to make their own medical decisions and that includes deciding whether or not they want to become a parent," Esgar said.