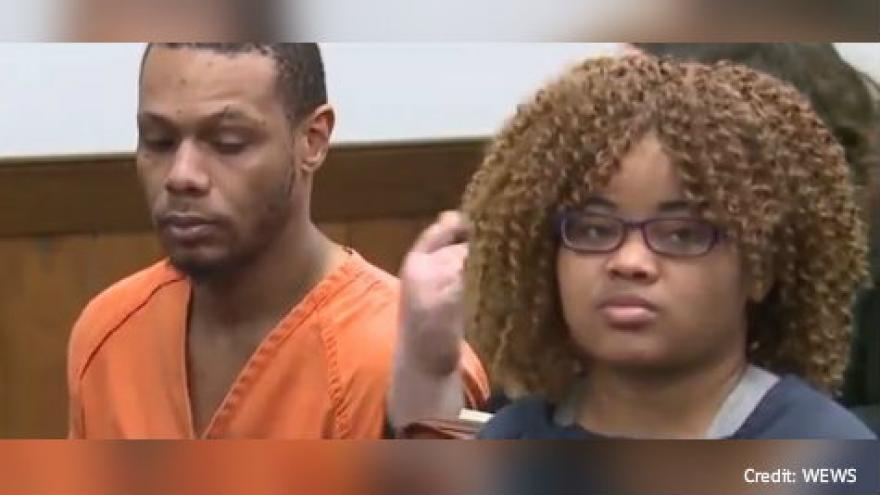 EUCLID, Ohio (WEWS) -- Horrific details are emerging about the abuse sustained by 4-year-old Aniya Day, whose mother and boyfriend have been charged in her death. Home visits from Cuyahoga County Children and Family Services and injuries documented by Aniya's daycare show a pattern of abuse dating back to 2015.

On Sunday, the Euclid Fire Department found Aniya burned and unresponsive at the Cultural Garden Apartments. She was taken to the hospital where she was pronounced dead. An autopsy revealed she died of blunt force trauma to the head. A follow-up visit by children and family services was scheduled for Monday.

Prior to the 911 call that brought EMS to Aniya's home, children and family services had closed several cases of alleged physical abuse against Aniya, say police.

The girl’s mother, Sierra Day, didn’t have a criminal record in May 2017 when a report was filed by Aniya's daycare, Harbor Crest Daycare, for "abusing a minor." The daycare had been documenting injuries to Aniya since 2015 at that point.

News 5 sent a reporter to the daycare for comment, but it declined to do so.

According to police, the daycare's incident reports concerning Aniya included:

At the hospital, police gave a county social worker a report detailing all the incidents listed above.

According to police, Aniya told the county social worker, "Mommy hits her and hurts her."

News 5 has requested reports related to Aniya from Cuyahoga County Children and Family Services, which, days later, has yet to provide them.

Children and family services were made aware of the reports of abuse, and a worker told police on March 6, 2018 the agency received a request from an "undisclosed party" to conduct a home visit and evaluation on Aniya.

Police say that when paramedics arrived at Aniya’s home on Sunday, March 11, Aniya was in full cardiac arrest. When she was placed in the ambulance, medics told police that they saw Day and Lewis standing near the entrance of the apartment building showing "no emotion that the child was being placed into the ambulance.”

At the hospital, police noticed abuse to Aniya. She had a black swollen mark on her left eye with a laceration, causing her eye to be completely swollen shut, according to a police report.

Several burn marks were on her right ankle that appeared to have blistered, popped open and dried, police said. Aniya’s arms and legs were "very thin, and you could see every bone in her ribs." It appeared she had been deceased "for some time," and her skin was cold to the touch.