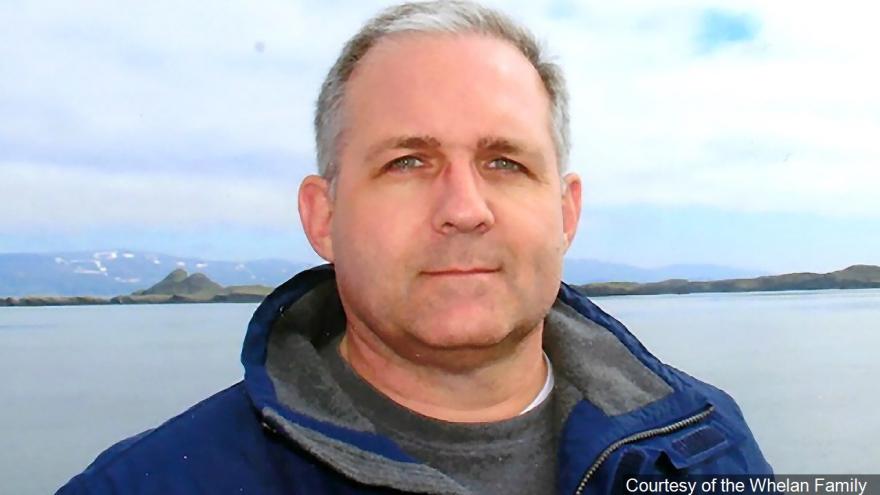 (CNN) -- Paul Whelan, the US citizen accused of spying in Russia, was found in possession of classified material when he was arrested in Moscow, his state-appointed lawyer told CNN on Tuesday.

Whelan, 48, was arrested on December 28 on suspicion of carrying out an act of espionage, Russia's Federal Security Service (FSB) has said. He was found with "evidence that constitutes state secrets" when he was detained, his lawyer Vladimir Zherebenkov told CNN before a pretrial hearing in Moscow.

Before his arrest, Whelan had been given a thumb drive which he believed contained vacation photographs, Zherebenkov said. Whelan did not inspect the the flash drive before his detention and was not aware it contained classified information, the lawyer said.

Whelan "does not admit guilt," he said.

Zherebenkov said Whelan's defense team had only been provided with about 5% of the evidence collected by investigators, and that the prosecution so far "did not provide enough evidence" to prove that Whelan knew about the classified material alleged to be on the flash drive.

At the pretrial hearing Tuesday, Whelan's bail was denied. He will remain in Lefortovo detention center in Moscow until at least February 28.

Whelan's family says he was in Russia for a vacation. Zherebenkov said that he did not believe his client's case was politically motivated.

Whelan arrived in Russia on December 22 to attend a retired fellow Marine's wedding, his brother David Whelan told CNN. On the day of his arrest, he had been with the wedding party at the Kremlin, serving as a guide to wedding guests who were visiting Russia for the first time, his brother said. Later that day, he didn't arrive at the wedding and the newlyweds filed a missing-person report with Russian authorities.

The FSB, Russia's domestic intelligence agency, announced Whelan's arrest the following Monday. His family rejects the accusation that he was a spy.

David Whelan said in a statement on behalf of the family that they were disappointed, but not surprised, that the court denied bail.

"While we still lack any details from the Russian government about why Paul is thought to be a spy, and who provided him with the alleged state secrets, we are certain that he was entrapped and is not guilty of espionage," he said.

"Unfortunately, today's ruling merely confirms that Paul will remain wrongfully detained for many more months. We are attempting to support his legal defense with a GoFundMe campaign, but we remain focused on bringing him home, even before the legal process has concluded," he added.

David Whelan said that his brother told the family he was worried about some health conditions and his ability to communicate with prison medical staff. He also was concerned about translator support and his ability to present his defense in English in court.

"It is clear to our family that only government action will return Paul to his family any time soon," David Whelan said. "We know that the consular efforts of the US, Canada, Ireland, and UK will help keep us aware of Paul's health and ensure his rights are respected. But we hope additional steps will be taken to bring him home."

Since his arrest, Whelan has been held without bail at Lefortovo. Zherebenkov says he filed an appeal against the detention in early January, calling it unwarranted and excessive.

Earlier, Zherebenkov said the prison was treating Whelan well, and he was in a good mood and feeling well. Whelan declined to answer CNN's questions about how he had been treated in custody and about the accusations against him after the pretrial hearing concluded.

Whelan is the global security director for the Michigan-based automotive components supplier BorgWarner. He began working for the company in 2017 and has been responsible for the physical securities of BorgWarner's facilities, the company has said.

Before that, Whelan was a senior manager for Kelly Services, a global office staffing company, until 2016.

He served 14 years in the US Marine Corps Reserve and completed two Iraq tours, in 2004 and 2006. In 2008, he was discharged for bad conduct. Whelan was convicted at a special court-martial on an attempted larceny charge, according to military court documents. The conviction says he tried to steal $10,410 during his posting in Iraq.

A connection to Russia

His brother said he liked to travel around the world, but may have been particularly drawn back to Russia because of friends he had met on social media.

Whelan had apparently been using the Russian social media platform VKontakte -- which is similar to Facebook -- for the past 13 years. A profile under his name uploaded pictures from around the world and posted several comments in Russian.

On the day he was arrested, Whelan's page shows someone logged into his profile under his name.

The official case against Whelan has not been made public. An unidentified source told Russian news site Rosbalt that Whelan was arrested in his hotel room with a flash drive containing classified information. The news site said its source was in the Russian special services.

The source told Rosbalt that Whelan allegedly met with a Russian citizen he had previously tried to recruit as an agent to gather information on the Russian intelligence agency's staff. He allegedly received an electronic device with a list of employees in a classified department shortly before he was arrested, Rosbalt reported.

CNN has not independently verified that this amounts to the Russian case against Whelan.

This story has been corrected to reflect how much information was provided by investigators to Paul Whelan's legal team.