Acting Secretary of Defense Miller made an unannounced trip to Afghanistan 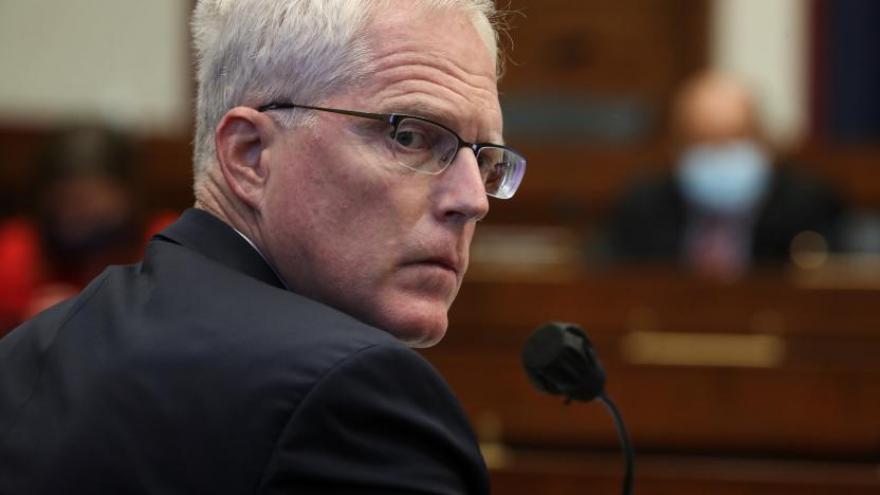 Acting Secretary of Defense Christopher Miller made an unannounced trip to Afghanistan. In this image, Miller testifies before a House Homeland Security Committee hearing on Capitol Hill on September 17, 2020 in Washington, DC.

While in Afghanistan, Miller met with President Ashraf Ghani at the Presidential Palace in Kabul "to discuss the ongoing US military support to the Afghanistan National Defense and Security Forces amidst a historic opportunity to achieve peace in the country," according to a Pentagon statement.

He also met with Gen. Scott Miller, the commander of US troops and the NATO-led coalition, "to gain his assessment of the overall security situation" and "the ongoing drawdown of US forces."

Miller also spoke with US troops while in Afghanistan.

Prior to being in Afghanistan, Miller stopped in the UK, where he visited US troops stationed at Royal Air Force bases Mildenhall and Lakenheath.

Miller's trip to Afghanistan comes just days after a visit there from the Chairman of the Joint Chiefs of Staff, Gen. Mark Milley, who also met with Ghani.

The two senior-level visuals come amid continuing Taliban assaults against the Afghan government, signs it is not meeting the main condition of a February agreement with the US, as well as the ongoing reduction of US military forces in Afghanistan, which was ordered by the Trump administration in the wake of President Donald Trump's election defeat.

Miller announced on November 17 that the US will withdraw thousands more US troops from Afghanistan and Iraq by January 15 -- just days before President-elect Joe Biden takes office.

When making the announcement, Miller said the withdrawal would leave approximately 2,500 troops in Afghanistan.

Currently there are approximately 4,000 US troops in Afghanistan.

Miller previously told CNN that the US would still be able to conduct advisory support and air and artillery strikes in support of Afghan troops despite the smaller American footprint.

US officials have consistently said that Taliban should reduce violence, but the insurgent group's attacks have continued despite fledging peace talks with the Afghan government in Qatar. The participants in those talks recently announced that they would recess for 20 days for consultations.

US officials also say that in addition to its failure to reduce violence, the Taliban has not broken with al Qaeda either, the main condition of their February agreement with the Trump Administration.

"That's a big concern of ours. That is one of the commitments that they haven't lived up to ... they will only live up to that commitment if we hold them to it," the defense official told CNN.