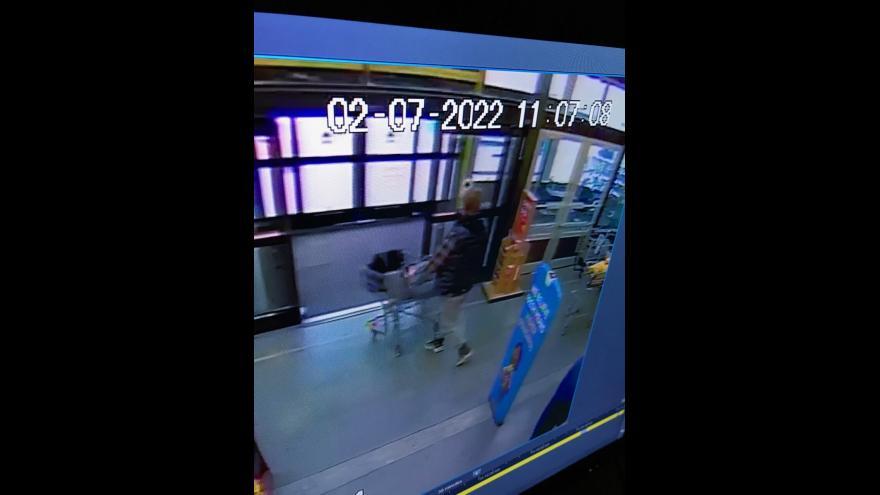 The Kennewick Police Department is asking the public for helping in identifying a "suspect" that's connected to an active shooter situation at a Richland, Washington Fred Meyer grocery.

(CNN) -- One person was killed and another was injured in a shooting at a grocery store in the southern Washington city of Richland, authorities said Monday.

Richland Police Cmdr. Chris Lee said the suspect and the man who died had a conversation before the shooting inside the Fred Meyer store but it was not known what was said.

Police have interacted with the suspected shooter before but don't know whether he knew the deceased victim, according to Lee.

A store employee was injured in the shooting and is in critical condition.

After the suspect opened fire with a handgun around 11 a.m. (2 p.m. ET), he fled, but it was not clear whether the person was on foot or driving, Lee said.

The department posted a photo of a man pushing a shopping cart and wrote: "If you recognize this individual or have any information on his whereabouts, please call Non- Emergency dispatch at 509-628-0333."

In a subsequent Facebook statement, the department wrote: "He is believed to be armed and dangerous. ... If you see the suspect or feel you are in danger, please call 911.

The police department in nearby Kennewick also posted a photo on Twitter of the man, saying: "The suspect should be considered armed and dangerous."

The FBI, ATF and state patrol are also involved in the investigation.

Several nearby schools went on lockdown after the shooting, but that was lifted Monday afternoon, police said.