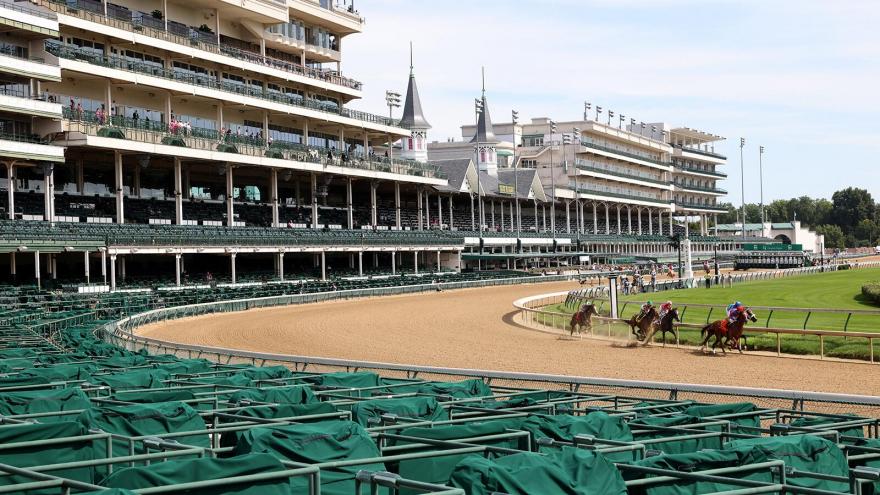 The Justice and Freedom Coalition, one of several groups organizing the protest, said demonstrators aim to shift attention from America's most famous horse race to Taylor's case.

The Justice and Freedom Coalition, one of several groups organizing the protest, said demonstrators aimed to shift attention from America's most famous horse race to Taylor's case.

"The eyes of the world are going to be on Louisville, as they are every year during the Derby. It has been nearly six months since Taylor has been murdered and there has been no justice or any information to come out," Timothy Findley, a founder of the coalition, told CNN.

Louisville Metro Police Department officers fatally shot Taylor on March 13 while executing a "no-knock" search warrant at her apartment. Gunfire broke out after her boyfriend fired a warning shot because he thought the plainclothes officers were intruders. The 26-year-old EMT, who was unarmed, was killed in the barrage of gunfire.

Taylor's case -- along with other high-profile killings of Black people by police -- helped spark nationwide protests over racial injustice this summer. Protesters want the officers involved in her death to be charged. In May, Kentucky's attorney general was named a special prosecutor to investigate Taylor's death and the FBI is investigating whether Taylor's civil rights were violated.

Protesters met a couple hours before post time on Saturday at South Central Park, less than a mile from Churchill Downs Racetrack in Louisville, and began marching there, Findley said. Organizers expected at least 2,000 people to attend, he said.

Churchill Downs said in a statement Thursday that the race would be held as planned in the hopes that it could bring the community together.

"We know there are some who disagree with our decision to run the Kentucky Derby this year," racetrack officials' statement asserts. "We respect that point of view but made our decision in the belief that traditions can remind us of what binds us together as Americans, even as we seek to acknowledge and repair the terrible pain that rends us apart."

Louisville Mayor Greg Fischer said the city supports the First Amendment rights of protesters but asked that they remain peaceful and not block traffic.

"Racial justice is a goal we all support. And we support First Amendment rights," Fischer said Wednesday. "We just have to balance the right to protest with our essential duty to preserve public safety."

At least three people were arrested Saturday in relation to the protests, Louisville Metro Police Department Assistant Chief LaVita Chavous said at a news conference. But none of the arrests were made at the location of the confrontations between protesters and counterprotesters.

An arrest was made for criminal mischief involving damage to a dump truck and the others involved unlawful possession of marijuana and possession by a convicted felon, Lavous said.

Police had warned that they would cite or arrest anyone blocking traffic, creating dangerous roadway conditions or trespassing on private property against the wishes of the property owner. Anyone committing violence or vandalism would be arrested, the city advised Friday on its website

The Kentucky attorney general's office said on Saturday it "continues to move forward" with its investigation into the death of Taylor.

"Today, while we honor a KY tradition with the running of the Derby, we remain cognizant of the community's desire for answers in the investigation into the death of Ms. Breonna Taylor," Attorney General Daniel Cameron tweeted.

Far-right activists and self-described militia members, many who were armed, carried Trump flags and protested in support of police, according to videos from the scene.

A group of 200-300 protestors who gathered in Cox Park for a rally came in contact with another group from Jefferson Square. The two groups clashed, "mostly engaging in yelling and conversations," according to police.

In anticipation of protests in the Churchill Downs area, the bulk of Louisville Metro Police resources were staged near the race track where the Kentucky Derby took place this evening, according to the department.

"Due to the size of the crowd, we determined it was not safe to go in and we did not want to escalate the situation with police presence," according to a department statement. "Therefore, it was best to stage, call for additional resources to come downtown and see what developed. The two groups continued to engage, working to separate themselves from each other."

When tensions between the two groups eventually cooled down, officers created a barrier to separate them until one of the groups marched away.