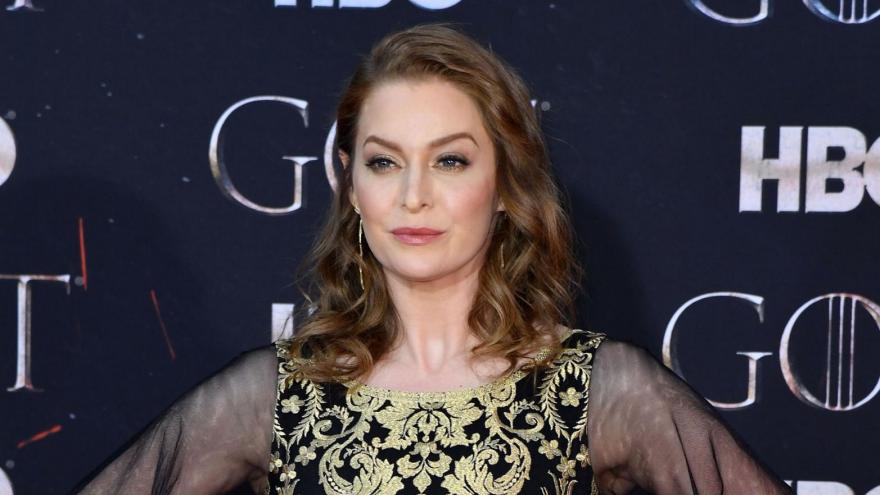 (CNN) -- Actress Esmé Bianco is accusing singer Marilyn Manson of sexually assaulting, coercing through drugs and beating her multiple times during their relationship a decade ago, according to a lawsuit filed Friday.

Bianco, who played Ros in the "Game of Thrones" series, alleges that when she went to Los Angeles to film a video for one of Manson's songs in February 2009, the artist -- whose real name is Brian Warner -- gave her drugs and alcohol, but no food for four days, "tied her to a prayer kneeler," "beat her with a whip" and "electrocuted her," the lawsuit says.

Bianco and Warner began a consensual sexual relationship in May 2009, but "Mr. Warner bruised and bit Ms. Bianco and publicly groped her against her consent," according to the lawsuit.

"Mr. Warner used drugs, force, and threats of force to coerce sexual acts from Ms. Bianco on multiple occasions. Mr. Warner raped Ms. Bianco in or around May 2011," the lawsuit alleges, claiming that on separate occasions he also chased her around his apartment with an ax and cut her with a knife during sex.

Bianco's allegations echo abuse claims made by several other women earlier this year, including actress Evan Rachel Wood, who was once engaged to Manson.

Wood posted on Instagram on February 1 that Manson had "horrifically abused" her for years, and said she wanted to "expose this dangerous man and call out the many industries that have enabled him, before he ruins any more lives."

Manson, 52, posted a statement later the same day on Instagram denying the allegations.

"Obviously, my art and my life have long been magnets for controversy, but these recent claims about me are horrible distortions of reality. My intimate relationships have always been entirely consensual with like-minded partners. Regardless of how -- and why -- others are now choosing to misrepresent the past, that is the truth."

The Los Angeles County Sheriff's Department said in a statement in February that its "Special Victims Bureau is investigating allegation(s) of domestic violence involving Mr. Brian Warner also known as 'Marilyn Manson,' who works in the music industry. The statement also said, "The incidents occurred between 2009 and 2011 when Mr. Warner lived in the city of West Hollywood."

Saturday, the sheriff's department told CNN in an email that it has no additional statements or updates on the case.

CNN has reached out to Manson for comment on the lawsuit.

Bianco's lawsuit, filed in US District Court in the Central District of California, also names Manson's manager and his management company as defendants, alleging that Tony Ciulla and Ciulla Management Inc., "knew of Mr. Warner's conduct and benefitted financially from allowing this abuse to continue."

CNN has also reached out to Ciulla and his management company but has not heard back.

In a statement Friday, Bianco, 38, said her "abuser has been left unchecked, enabled by money, fame and an industry that turned a blind eye. Despite the numerous brave women who have spoken out against Marilyn Manson, countless survivors remain silenced."

According to the lawsuit, Bianco suffers from PTSD, "anxiety, depression and panic attacks to this day as a result" of "Warner's physical, sexual, psychological, and emotional abuse."

She is seeking compensatory and punitive damages, the lawsuit says.

Following Wood's post in February, Manson's record label Loma Vista Recordings cut ties with him and released a statement: "In light of today's disturbing allegations by Evan Rachel Wood and other women naming Marilyn Manson as their abuser, Loma Vista will cease to further promote his current album, effective immediately. Due to these concerning developments we have also decided not to work with Marilyn Manson on any future projects."

Manson had a recurring role on the Starz show, "American Gods," but the network decided to curtail its working relationship with him as well.

"Due to the allegations made against Marilyn Manson, we have decided to remove his performance from the remaining episode he is in, scheduled to air later this season. Starz stands unequivocally with all victims and survivors of abuse," the network said in a statement.