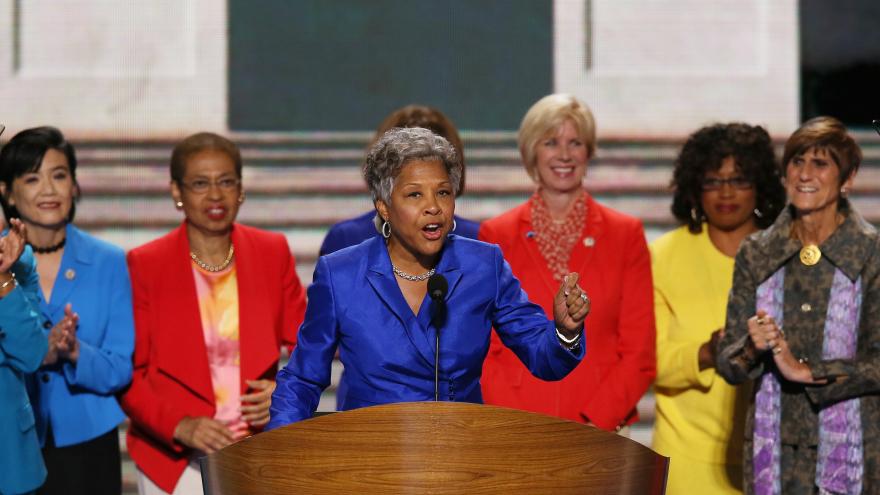 Alex Wong/Getty Images
(CNN) -- Democratic Rep. Joyce Beatty, an African-American congresswoman from Ohio, was briefly sprayed with "Mace or pepper spray" in downtown Columbus on Saturday while talking to people protesting the death of George Floyd.

"I was there because I wanted the young protesters to know that in solidarity, that I stand with them," Beatty told the local NBC 4 affiliate. "You know, I'm a grandmother, I'm an elected official, but I'm a black woman first and I felt the pain," she said.

Columbus City Council President Shannon Hardin said in a post on Twitter that he and the congresswoman were "sprayed with mace or pepper spray" and "we are all ok."

Dominic Manecke, a spokesman for Beatty, told CNN the incident happened when Beatty was attempting to mediate tensions between protesters against Floyd's killing and Columbus Police Department officials.

"People are angry. Tensions are very high and she went down there as a voice of reason. She has a very good connection with the community and was trying to be a mediator ... I mean the cops knew who she was and thanked her."

Manecke explained to CNN that Beatty, whose 3rd District encompasses a large swath of Columbus, was trying to separate an officer and a protester when she got caught in the "melee" of both groups that resulted in her getting sprayed.

"One young black female took a step off (the curb) and the cop kind of took that, I guess, 'sideways.' Instantly, a white man kind of came to her defense and then was instantly body-slammed to the ground. The congresswoman runs out into the street to hold back the cop and the protesters. Another cop comes up with his bike and pushes the congresswoman out of the way ... and then it's naturally getting heated ... that one cop pulls, I don't know why he does it, he pulls out his Mace and does what he does," Manecke said.

CNN was unable to reach the Columbus Police Department for comment.

In the Twitter video, Beatty criticized the police reaction to the escalating tensions from protestors, saying "too much force is not the answer to this."

Beatty went on to to say that she is "so proud of all of the young folks" before calling for the protestors to remain calm.

"..We must continue to protest, but it must be peaceful and that does not mean we aren't standing up for justice," Beatty said.

Saturday marked the fourth day of escalating protests in multiple cities over the death of Floyd at the hands of a white police officer in Minneapolis, Minnesota.