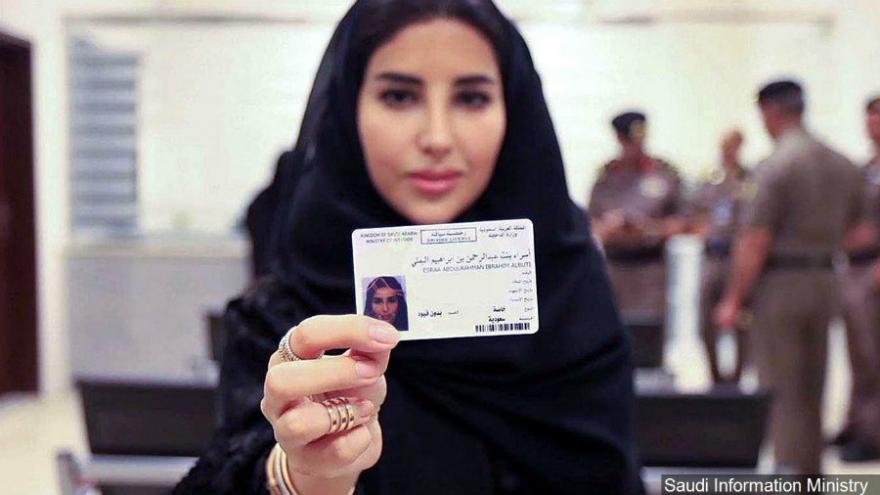 RIYADH, Saudi Arabia (AP) — Saudi women are driving freely through busy city streets for the first time after years of risking arrest if they dared to get behind the wheel. And with the longstanding ban now lifted, a new opportunity has emerged: Working as drivers.

It's a job that had been reserved for men only and one that until recently even many Saudi males rejected as socially taboo. Driving was almost entirely the job of foreigners, often lower-income and from countries like India, Pakistan and Bangladesh.

Saudi women who want to work as drivers — for ride-hailing services like Uber, for example — are challenging an even wider array of traditional limits on women's rights and are part of a wave of change that has drawn resistance from parts of the male community in the deeply conservative country.

"It's very natural for people to resist change," said Ammal Farahat, an affluent mother of two with a master's degree who runs who her own consultancy. "Once they start seeing more positive images and opportunities and what it means for women to drive, they're going to change their minds."

Farahat, who had a driver's license from the U.S. before obtaining a Saudi one, signed up to be a driver for Careem, a local competitor to Uber. She and her sister, who grew up in Saudi Arabia with a German mother who could drive freely in her home country, are trying out becoming drivers together.

Farahat says she decided to take on the job to defy stereotypes that working as a driver is beneath Saudi women.

For many women who sign up to become drivers, the job provides another source of income and greater financial independence.

"By opening our platform now to women, we are empowering them to be their own boss, to drive or to work whenever they want, and to work how long they want, as well. Perfect for women who are in the workforce," said Careem co-founder Abdullah Elyas.

It's not just women. In recent years, thousands of young Saudi men have started moonlighting as drivers for the two ride-hailing services.

The change reflects the shift in Saudi lifestyles mirrored by the kingdom's shrinking ability to rely solely on its vast oil exports for wealth. While 70 percent of Saudis who work are employed by the public sector, those jobs alone are not enough to keep pace with the number of Saudis entering the workforce.

Official statistics show that the average public sector salary for Saudis is about 10,600 riyals a month ($2,800), far from enough to comfortably cover the costs of one-income households in major cities like the capital, Riyadh.

Unemployment is close to 13 percent. The overwhelming majority of job seekers in Saudi Arabia are women, and around 34 percent of Saudis seeking employment are between 25 and 29 years old. The lifting of the driving ban on Sunday is expected to gradually improve women's participation in the workforce and buoy the economy.

There will still be many roadblocks for women. They need a male relative's approval to obtain a passport or travel abroad. And the support of a father, husband or brother is seen as key to a woman being able to work or drive.

Careem says 2,000 women have registered with the company to sign up as drivers since the kingdom announced in September the driving ban on women would be lifted. Uber, meanwhile, launched a website last week with over 100 Saudi women registering their interest in driving.

Already, more than 150,000 Saudi male drivers are signed up with Uber, with the majority working part-time. Careem says 95 percent of its fleet of drivers are Saudi men, totaling around 170,000.

But 80 percent of Uber's customers are women; 70 percent for Careem.

When the royal decree was announced last year that women would be allowed to drive, some Saudi women eager to drive their own cars shared pictures on Twitter deleting their Uber and Careem apps.

Elyas says the company's not worried about business being hurt, and is embracing the change.

"There is a need (for) being driven by a woman in Saudi and we're opening with that whole new customer segment, which we are excited to serve with our service going forward," he said.

While there has been a loosening of social restrictions in recent years, the culture here still shuns the mixing of unrelated men and women. A male driver initiating conversation with a female passenger can lead to a complaint.

Uber conducted its own research and found that 74 percent of prospective women drivers interviewed said they'd only be interested in driving female riders.

To accommodate this, Uber is rolling out a new feature in Saudi Arabia that allows women drivers to select women riders. The company describes it as an effort at "being mindful of the cultural context" in Saudi Arabia.

Careem says its drivers too can decide to confirm or decline an order based on the rider's gender by seeing their name.

As she drove around the streets of Riyadh, Farahat talked about how her daughter and niece, both under 5, will never know the challenges her generation went through in getting from one place to another and needing to rely on a man for transportation.

"They're not growing up in the same Saudi Arabia I grew up in at all," Farahat said. "It's exciting, but also I know every generation has their

Fay Abuelgasim contributed to this report.