After killing 7 in the Midwest, winter storm expected to hit DC area 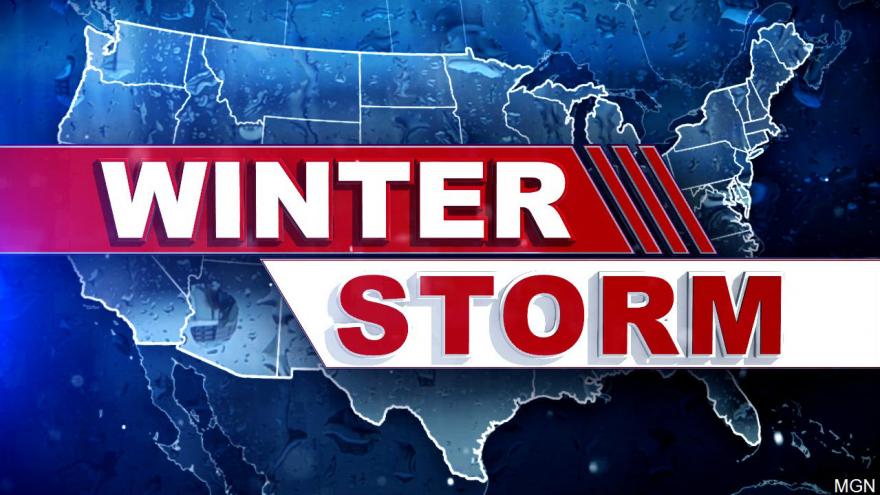 (CNN) -- Sunday is expected to bring a winter storm to Washington and the mid-Atlantic region that has already blanketed the Midwest in snow.

Up to a foot of snowfall is possible in Washington and Virginia on Sunday and into Monday morning, the National Weather Service said.

Baltimore is also in the path of these heavier bands of snowfall, with 4 to 6 inches of snow predicted for Sunday. Philadelphia is predicted to get 1 to 2 inches of snow, and there is a possibility of light accumulation in New York along the storm's northern edge.

"We have a strong snowstorm that's stretching 1,400 miles from Kansas to the East Coast," CNN meteorologist Haley Brink said. "St. Louis is seeing its worst snowstorm in five years. We're going to see a significant snow event for the mid-Atlantic to start the year for 2019."

More than 65 million people are under a winter storm advisory, watch or warning.

The National Weather Service issued a winter storm warning effective through 6 p.m. ET Sunday for Washington, parts of central Maryland and northern and northwest Virginia. Sleet, snow and ice can will make traveling conditions hazardous if not impossible.

The Appalachians will pick up ice and snow in the mountains of Virginia and North Carolina, forecasters said. A half inch of ice and 3 to 5 inches of snow are predicted. In anticipation of the storm, Virginia Gov. Ralph Northam declared a state of emergency Saturday.

There is a small chance the southern Appalachians will get enough freezing rain and sleet to turn into an ice event Saturday into Sunday.

More heavy rain also will fall on the saturated South. The Southeast has seen abundant precipitation in December and January, and the additional rain could put a strain on already-high rivers.

The storm eased up Saturday afternoon in St. Louis after dropping more than 10 inches of snow there.

At least four people have died and scores of motorists were injured and stranded, the Missouri State Highway Patrol said.

In Kansas, three people died Friday in traffic accidents, authorities said Saturday: A 62-year-old man in a vehicle that struck a barrier wall on the Kansas Turnpike, a semi-truck driver whose vehicle collided with another truck and a driver whose vehicle struck an oncoming vehicle and ran into a ditch.

In a tweet Saturday night, the Missouri State Highway Patrol said it responded to 57 injuries, 878 crashes, 1,790 stranded motorists and 3,918 calls for service.

St. Louis recorded 10.4 inches of snow by 1:30 p.m. ET, with higher accumulations in other parts of Missouri. In Columbia, 15.5 inches were reported and Harrisburg had 17 inches.

The storm was pretty much over by late afternoon when the Kansas City Chiefs hosted the Indianapolis Colts in an NFL playoff game, but seats in Arrowhead Stadium were still covered in snow and fans tailgated under tents in the stadium parking lot.

The Missouri Department of Transportation warned residents not to travel in the storm if it wasn't necessary. The department reported incidents and stalls on interstates overnight. But it cited progress Saturday morning as crews worked to clear routes and bring "water and food to stranded motorists."

The DOT tweeted early in the afternoon that all the eastbound lanes of I-44 had been cleared. But the patrol still encouraged people to stay off the roads.

Cancellations are still being monitored at St. Louis Lambert International Airport, even though the airport tweeted on Saturday that on "one of our biggest, single day #winterstorm in years" the airport crews were "all out #huSTLe through the night and through the morning to keep the airfield safe and operational."

The University of Missouri men's basketball game Saturday at the University of South Carolina was moved to Sunday because of weather-related travel problems, the team tweeted.