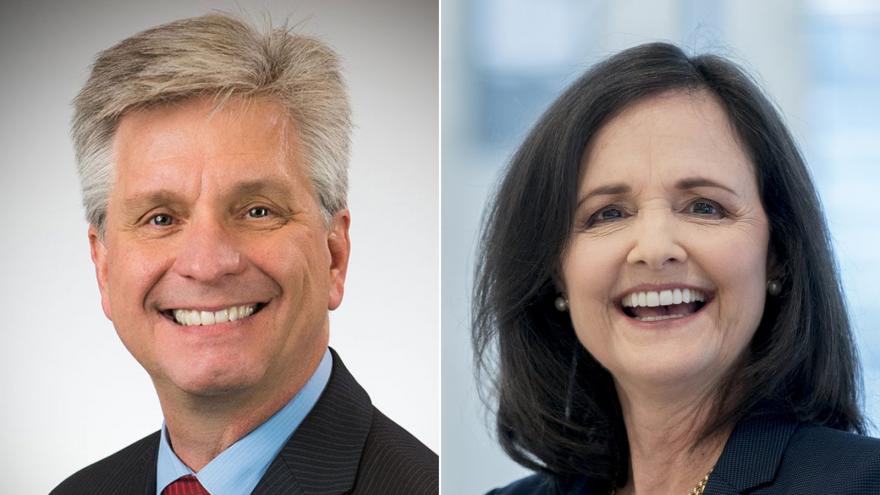 (CNN) -- After failing to advance his last two picks for the Federal Reserve, President Donald Trump on Tuesday put up two new selections for the central bank.

Trump said via Twitter that he plans to nominate Christopher Waller and Judy Shelton to the Board of Governors of the Federal Reserve System.

Waller serves currently as the executive vice president and director of research at the Federal Reserve Bank of St. Louis. He has been with the bank since 2009, according to its website, and was a professor at the University of Notre Dame prior to that.

Waller could not be reached for comment Tuesday evening.

Karen Branding, a spokesperson for the Federal Reserve Bank of St. Louis, said in a statement that Waller was approached by the White House in June "regarding a possible governor appointment to the Federal Reserve Board of Governors and met with the President July 2nd."

Shelton serves as the US executive director of the European Bank of Reconstruction & Development. Trump said she previously served on the board of Hilton Hotels.

Trump has made a habit of criticizing the Fed over interest rate hikes, breaking with presidential precedent. Shelton is a critic of the Fed and has advocated for a return to the gold standard. She has publicly supported Trump's views on currency.

It is unclear when Trump will make the nominations official. The White House declined to comment further Tuesday.