Agency seeks anti-lock brakes on all new US road motorcycles 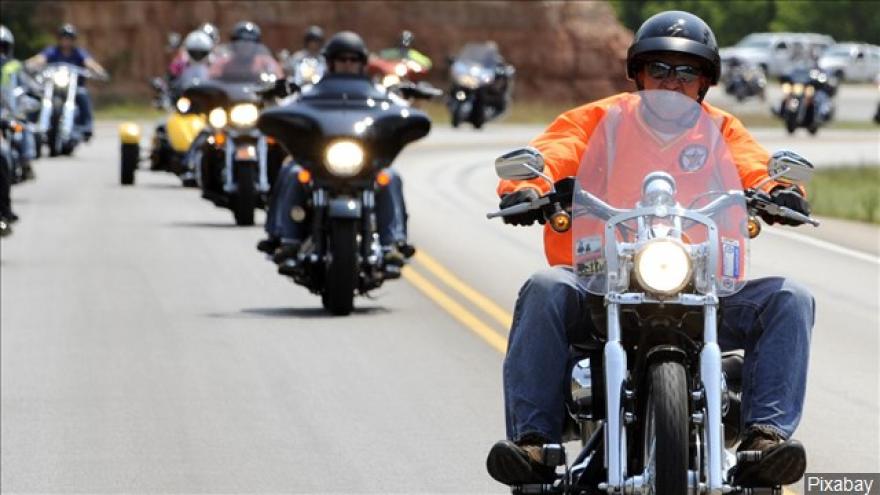 A federal safety agency is recommending that all new motorcycles built for road use in the U.S. have anti-lock brakes and electronic stability control as standard equipment. Photo courtesy Pixabay

DETROIT (AP) — A federal safety agency is recommending that all new motorcycles built for road use in the U.S. have anti-lock brakes and electronic stability control as standard equipment.

The National Transportation Safety Board voted 5-0 on Tuesday to make the recommendations to the National Highway Traffic Safety Administration, which has authority to impose regulations.

NHTSA wouldn't answer specific questions about the recommendations but said in a statement that it takes a "data-driven, fact-based approach" to vehicle safety and will take action as warranted.

During a public hearing Tuesday, the NTSB said that while the technology is required on passenger cars, it has lagged for motorcycles and requiring it would save lives. The agency said 5,286 motorcyclists were killed on U.S. roads in 2016, the last year for which statistics are available.

"Riders need more time to react. They need motorcycles that perform better in a potential emergency," NTSB Chairman Robert Sumwalt said after the recommendations were approved. Sumwalt said the Insurance Institute for Highway Safety determined that anti-lock brakes could reduce motorcycle fatalities by 31 percent. "That is a sizeable safety benefit that the U.S. is leaving on the table, leaving on the pavement, actually," he said.

Anti-lock brakes have been required in U.S. passenger cars since 2000, while electronic stability control has been required since the 2012 model year. Anti-lock brakes pump many times per second to stop wheels from locking up and skidding. Electronic stability control is more advanced, applying brakes and power to the wheels to keep a vehicle stable, especially when on a curve.

The board decided that electronic stability control should be studied and performance standards adopted before the technology is made standard on motorcycles.

Eric Emery, the NTSB's Safety Research Division chief, said anti-lock brakes would allow riders to use maximum braking force without fear of the wheels locking up and skidding, improving the chances of keeping control of bikes in an emergency. A locked wheel on a motorcycle "typically could result in a slide or some other loss of control that could lead to dangerous or even fatal consequences," he told the board.

Last year, anti-lock brakes were standard on 8.9 percent of U.S. motorcycles and were optional on 13.3 percent, he said.

Motorcyclists have the highest risk of death of all types of motor vehicles. They represent fewer than 1 percent of miles traveled by all vehicles but accounted for 14 percent of all traffic fatalities, according to the NTSB.

Anti-lock brakes were required in Europe starting in 2016 on motorcycles with engines larger than 125 cubic centimeters, the NTSB said. Other countries are discussing or requiring it, including Australia, Japan, China and Brazil, agency officials said.

Is the sky falling? No, it's an insane snow squall