Aide arrested after bringing gun to US Capitol complex 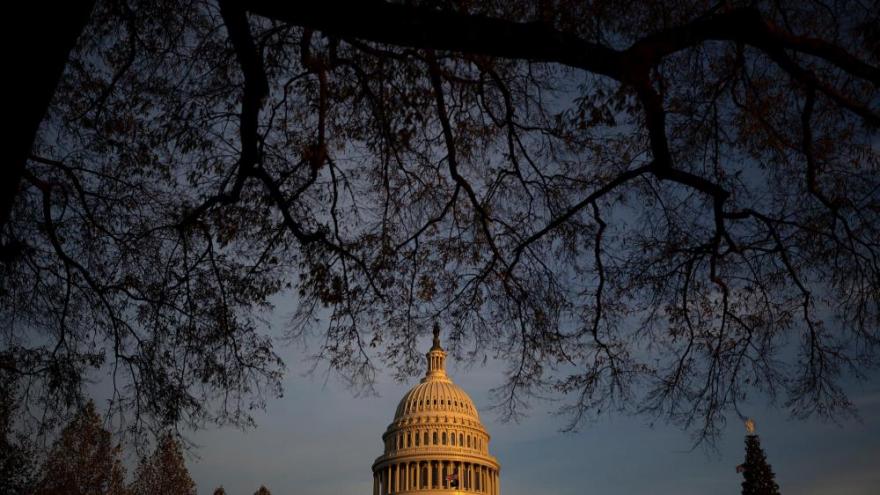 The Longworth House Office Building of the US Capitol complex, pictured here, on December 2, in Washington, DC was put on a shelter-in-place order after a Capitol staffer brought a gun into the building, multiple sources told CNN.

(CNN) -- The Longworth House Office Building of the US Capitol complex was put on a shelter-in-place order after a Capitol staffer brought a gun into the building, multiple sources told CNN.

United States Capitol Police said in a statement this morning that officers "spotted the image of a handgun in a bag on the x-ray screen" and the man, who was identified as 57-year-old Jeffrey Allsbrooks, was tracked down four minutes later and arrested. USCP said he is a staffer with the House Chief Administrative Office.

He is being charged with carrying a pistol without a license, according to the statement.

"This case remains under investigation and the Department is looking into what happened before, during and after those four minutes," the statement read.

Security at the US Capitol complex has been scrutinized in the months following the January 6 insurrection. While Capitol police have described a list of significant changes to their operations, including wider intelligence sharing efforts, more trainings, and better coordination for events, the Capitol Police Inspector General noted the department has much work ahead to ensure the total safety of the Capitol Complex.

This incident occurred just hours before President Joe Biden was set to visit the US Capitol Thursday to attend a tribute ceremony for the late US Sen. Bob Dole, who is lying in state in the Rotunda.

There has been a string of security breaches at the Capitol following the insurrection. In August, a man with a history of supporting former President Donald Trump and who has said "all Democrats need to step down" was arrested after an hours-long standoff near the US Capitol during which he claimed to have an explosive device.

And in October, Capitol Police took into custody a suspect from a "suspicious vehicle" parked near the Supreme Court after giving the person commands and using a flash bang device.