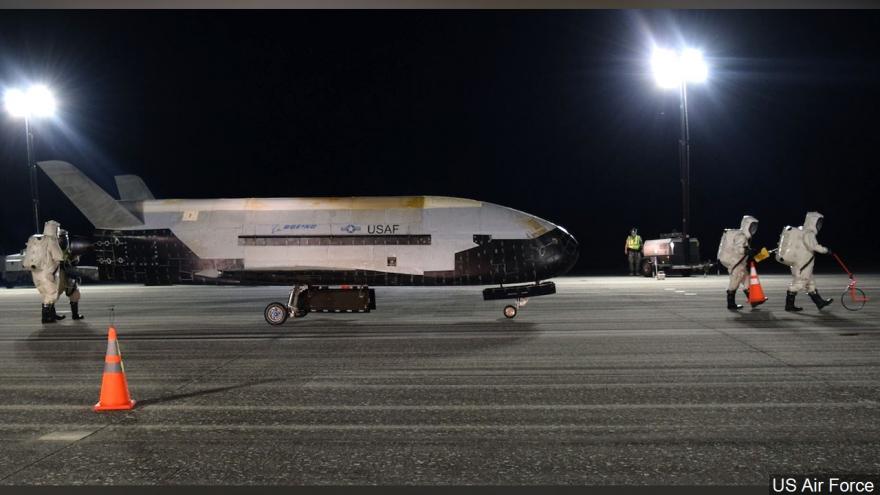 The X-37B landed at NASA's Kennedy Space Center in Florida early Sunday. The Air Force is mum about what the plane did in orbit after launching aboard a SpaceX rocket in 2017. The 780-day mission sets a new endurance record for the reusable test vehicle.

It looks like a space shuttle but is one-fourth the size at 29 feet.

Officials say this latest mission successfully completed its objectives. Experiments from the Air Force Research Laboratory were aboard.

This was the fifth spaceflight by a vehicle of this sort. No. 6 is planned next year with another launch from Cape Canaveral. According to Air Force Secretary Barbara Barrett, "Each successive mission advances our nation's space capabilities."