Air India plane crashes in Kerala after skidding off the runway 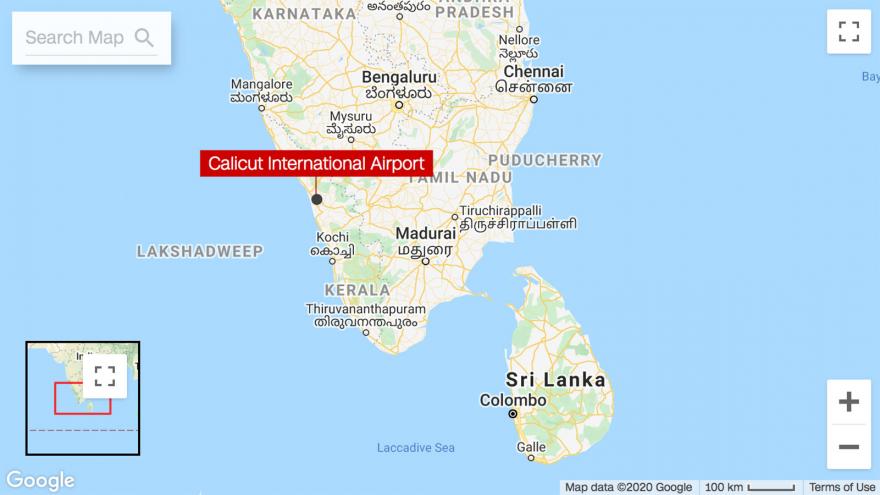 (CNN) -- An Air India Express plane crashed in the South Indian state of Kerala after skidding off the runway and breaking into two while landing at Kozhikode Calicut International Airport, CNN News 18 reports.

A pilot and two passengers have died in the incident, according to CNN News 18.

The flight landed in heavy rain, overshot the runway, fell down into a valley and broke into two, the Directorate General of Civil Aviation (DGCA) said in a statement to CNN News 18.

The plane, which is a Boeing 737, had 174 passengers on board, according to a statement sent to CNN from the ministry of aviation.

"Air India Express flight IX 1344 operated by B737 aircraft from Dubai to Calicut overshot runway at Kozhikode at 1941 hrs tonight. No fire reported at the time of landing," the DGCA statement said, according to CNN News 18.

Kerala's Chief Minister Pinarayi Vijayan called on police and fire officials "to take urgent action" following news of the crash. "Have also directed the officials to make necessary arrangements for rescue and medical support," Vijayan said in a tweet.

Both India's Prime Minister Narendra Modi and Foreign Minister Subrahmanyam Jaishankar sent their condolences to the families of the victims on Twitter.

"Pained by the plane accident in Kozhikode. My thoughts are with those who lost their loved ones. May the injured recover at the earliest," Modi wrote on Twitter.