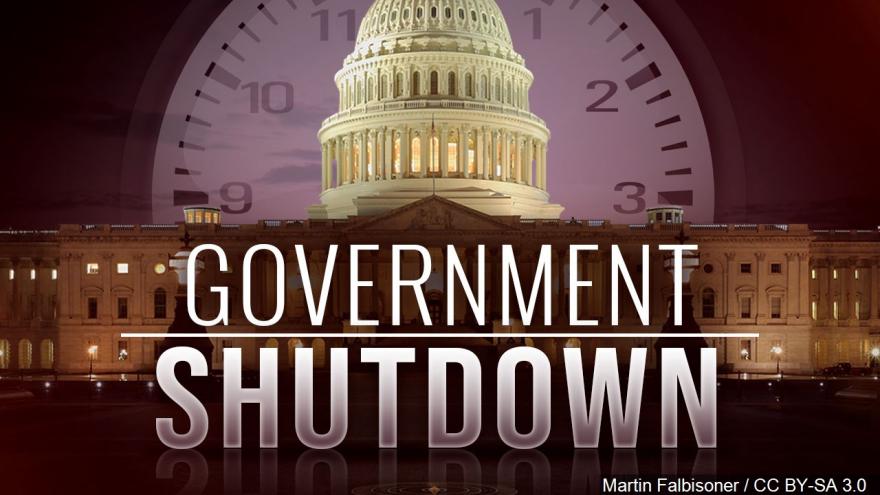 (CNN) -- The president of a major air traffic controllers union is warning that the ongoing government shutdown poses a major safety risk.

Paul Rinaldi, the President of the Air Traffic Controllers Association, told CNN's Chris Cuomo on "Cuomo Prime Time" Wednesday night that air traffic workers are making "routine mistakes" due to high levels of stress caused by the shutdown, which entered its 34th day on Thursday.

"The biggest toll I have right now is the human toll, the fatigue in my work environment right now where I'm seeing routine mistakes because they're thinking about which credit cards can I consolidate up for zero interest?" Rinaldi said.

"Our equipment is not being fixed," Rinaldi said. "Equipment that we're relying on to make sure that planes line up on the right surface that they're supposed to land on ... equipment like being able to relay to the pilot that dangerous weather is ahead."

"Radars have gone down. They're not being brought up. That's how we get information from the radar systems," Rinaldi said. "This is a deep concern and it can't go on for months."

Earlier on Wednesday, Rinaldi joined the presidents of two other aviation unions -- the Air Line Pilots Association and the Association of Flight Attendants-CWA -- in a statement urging Congress and the White House to fund the government due to "unprecedented" risks to the air safety environment.

"In our risk averse industry, we cannot even calculate the level of risk currently at play, nor predict the point at which the entire system will break," the statement reads.

The statement said that major airports were already seeing security checkpoint closures, with many more potentially to follow. Additionally, the aviation professionals raised concerns about cybersecurity as workers remain furloughed and cyberteams understaffed.

Staffing at air traffic control facilities is currently at a 30-year low, according to the release, and workers are struggling to maintain the system "by working overtime, including 10-hour days and six-day workweeks at many of our nation's busiest facilities."

"The FAA continually reviews and analyzes the performance of the national airspace system to assess its safety and efficiency," the spokesman said. "We have not observed any appreciable difference in performance over the last several weeks compared to the same periods during the previous two years. We remain grateful to the air traffic controllers for their professional and dedication to their safety mission."

The spokesman also said the "nation's airspace system is safe."

Air traffic controllers in the United States have been working without pay since the partial government shutdown -- which appears to have no end in sight -- began on December 22. They are considered essential employees within the FAA.

Earlier this month, the National Air Traffic Controllers Association filed a lawsuit in a District of Columbia US District Court alleging the government has "unlawfully deprived NATCA members of their earned wages," according to a news release. The lawsuit seeks a temporary restraining order and back payment for any hours worked since the shutdown, according to court documents.